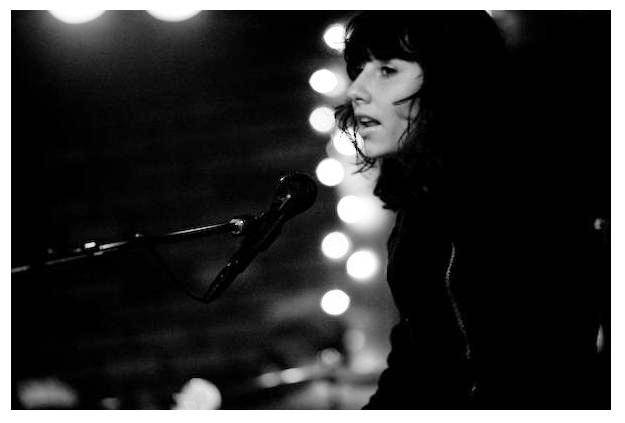 Lia Rose is an indie singer/songwriter based in San Francisco, whose powerful storytelling and musical talent set her apart from the pack.  After a long career singing and playing guitar with SF bands, like Mini-Pop and Built for the Sea, Lia Rose is now focused on a solo career.   To promote her newest album, Bricks & Bones, she’s played Joshua Tree’s Pappy and Harriets, a show at Pieter Performance Space presented by la-underground, and this past Friday night at BG gallery in Santa Monica.

Lia Rose kindly answered a few questions for The Cult.  Read on to learn more about some of Lea’s favorite collaborations and read our review of her recent SM show! 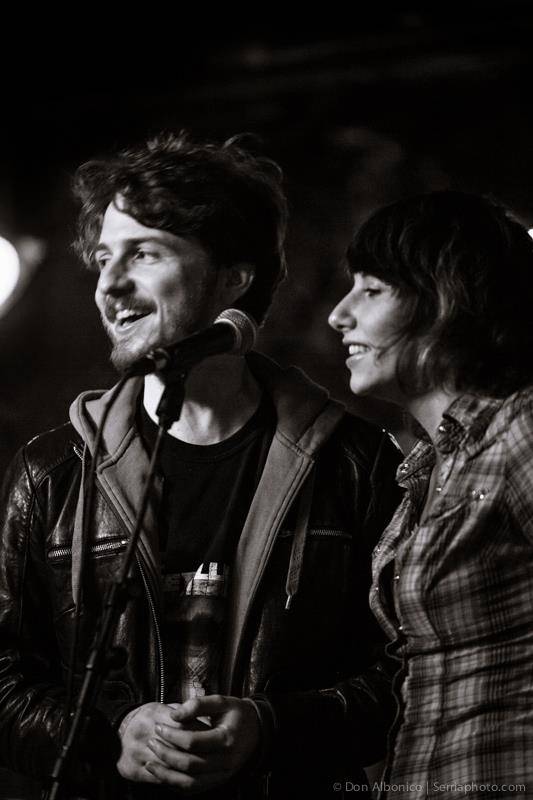 CULT: There’s pressure on women to look a certain way when performing, yet your look is authentic and low maintenance. How do you negate beauty standards on stage?

Lea: Aw thank you.  That is a *very* nice compliment to receive.  I have struggled with this quite a bit – as I’m sure a lot of women have.  When I first started out, I was determined to just be 100% natural – no makeup at all.  I was quite a tomboy actually.  Over these last 10 years, I’ve experimented a bit with what I look like on stage and I’ve been influenced by some of my female friends… For example, while watching my friend and co-conspirator Kelly McFarling perform, I noticed that her bright lipstick actually drew my attention more towards her lips, which, in effect, encouraged me to listen to what she was saying more.  This I liked, this I adopted.  I don’t always wear lipstick when I perform, but nowadays I tend to wear it more often than not.

Where I’m at now is really just about having fun and playing with a little bit of makeup / wardrobe … but not taking it too seriously.  One thing I’ve learned is that I have to feel comfortable and I have to feel like *me*, otherwise, I won’t be able to do the songs any justice.  If I’m worried about how much I’m revealing or if I’m constantly having to adjust an uncomfortable piece of clothing, then that’s going to take away from my performance.  So I try to keep things simple.  Sometimes I think about how awesome it would be to just have a sort of uniform that I always perform in. That would be amazing. 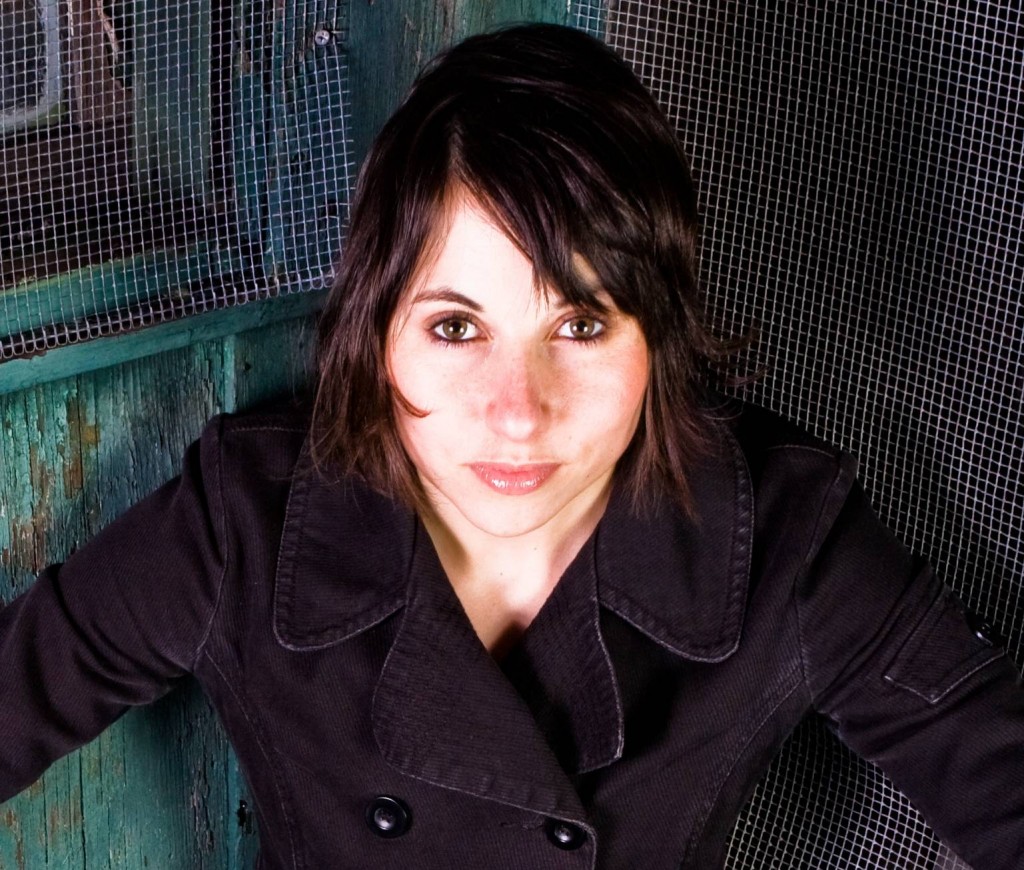 CULT: You’ve collaborated with some great bands and solo musicians. Any favorites?

CULT: What’s the story behind “Snake in the Water?” It comes off as a fable with a moral, yet it’s also so specific and personal.

Lea: Snake in the Water is fundamentally about facing your fears.  Funny thing about this song is that a lot of folks think the whole thing is a metaphor … and a part of me wishes that was true!  Alas, in this song I am telling a literal story about a time where I had nearly worked myself into a frenzy imagining a mythical snake in this beautiful mountain lake. And that snake was out to get me.  I was sure of it.  Then the damnedest thing happened — I actually *saw* a water snake right in front of me.  My fear had simply manifested in front of my face and my reaction is what really surprised me.  I should have said “See!  I knew it!”  I should have felt even more justified in *not* going in that water.  But what happened was … I immediately calmed down. My reaction was, “Is that all? Just a little water snake?” and by actually seeing it and facing it, I was able to get over it.  I jumped in and swam for a good long time and enjoyed myself immensely. 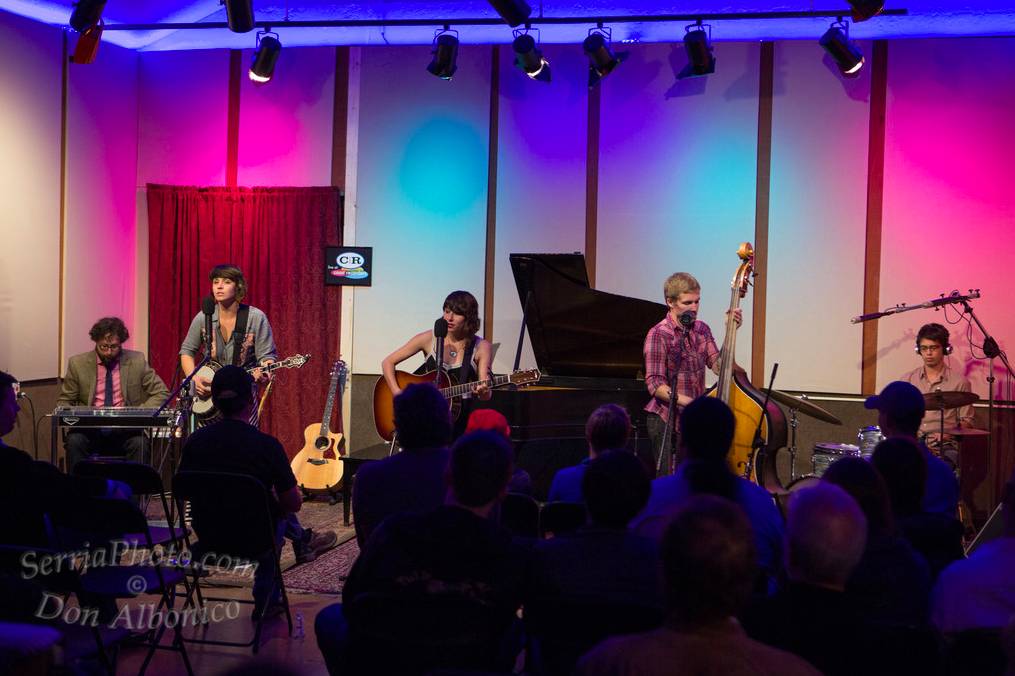 CULT: What’s next for you musically?

Lea: This next musical chapter is one that I’m very much looking forward to. At this point, it has been about a 10 year process; it was right after college that I started seriously focusing on music. And in all these years I’ve struggled quite a lot. Mostly I think I was getting in my own way. I’ve been doing a lot of growing and stretching as a person — especially in these last few years — and I’ve been humbled many, many times by the lessons I’ve learned along this path. The newest material that I’m working on will be a reflection of all of that and I am quite passionate about it and about sharing it.

On Friday night, Lia Rose was joined by Misisipi Mike in an intimate gallery show on Ocean Avenue.  Alongside her folksy music and lively banter, a diverse crowd and an array of sexually suggestive sculptures made this quite a unique evening of art and music.  As the song “California” filled the space, there was a collective hush over the crowd as Lia sang, “California, I give you my dust and my dry bones.”  Highlights included the haunting but optimistic “Snake in the Water”, the catchy anti-love ballad “Myself to Blame” and a playful cover of “Listen to the Rhythm of the Falling Rain“. Like all Lia Rose shows, this one was equal parts intense and soothing.  From her charming stage presence to her guitar mastery, it’s clear that she brings talent to be reckoned with.