Peanut Butter Wolf is known as many things. ‘By the book’ is not one of those things.

The DJ / producer / visionary / head honcho at Stones Throw Records, AKA Chris Manak, is credited with reviving the hip-hop game over the past two decades, much due to his ability to scout rare talent and his off-the-cuff creative process. If you need proof of this, check out Folerio, a Stones Throw signed artist who looks remarkably (ahem, identically) to Wolf. Enough said.

Stones Throw, founded in 1996 as a tribute to Wolf’s late friend and music partner Charizma, has become somewhat of a hip-hop institution; a home for artists looking for the support and attention that bigger labels can’t (read: won’t) offer. Through the independent label’s journey, hip-hop’s arguably most important artists emerged: Madlib and J Dilla. Enter the golden age of hip-hop releases and collaborations, which included the label’s most iconic and acclaimed albums: J Dilla’s Donuts and Madlib x MF DOOM’s Madvillainy. What Wolf and Stones Throw sparked was an underground music renaissance, and for that, he has earned his stripes in the industry. This is where our incredilbe story begins. We recently sat down with Jeff Broadway, co-founder of Gatling Pictures and mastermind director behind the Stones Throw documentary Our Vinyl Weighs a Ton, to talk shop and hear what it’s like to tackle such an ambitious project as a storyteller and as a creative.

CULT: Tell us a bit about Our Vinyl Weighs a Ton. What inspired you to embark on this project?

JB: Our Vinyl Weighs A Ton is a retro rom-com starring Peanut Butter Wolf as Rob, a record store owner and compulsive list maker, who recounts his top five breakups, including the one in progress. Actually, I think I’m confusing Our Vinyl with High Fidelity…

JB: All kidding aside, I’ve been a Stones Throw fan for about 10 years. I was introduced to the label via Madvillainy, which led me to Quasimoto and the rest of Madlib’s musical world. I’d always listened to a lot of hip hop, and when I found Madvillain and Quasimoto, I was just so intrigued by the way in which this label created these totally immersive, almost alternate worlds for these releases to exist in. Fast forward five years to about 2009 – I started working on my first music documentary, Cure For Pain: The Mark Sandman Story. That eventually came out in 2011, was relatively successful, and provided me with a building block to jumpstart my career in filmmaking. When I got in touch with Wolf about my interest in making Our Vinyl, he checked out Cure For Pain, dug it, took a leap of faith and decided to entrust me with the project. I say “leap of faith” because we had spent all of probably 5 hours together when he gave me the green light.

CULT: Wolf provided over 20 years of archived footage to contribute to this project. Where did you even begin culling through all those years of content?

JB: Rob Bralver (editor) and I had been through the process of wading through tens, if not hundreds, of hours of archival material on Cure For Pain as well. It’s very important to first understand what your story is before you delve into the archive to begin picking out material you know you can use to help tell it. That was our process. Story first. Then go digging, much like a DJ, for the source material you need to craft the history of your narrative. 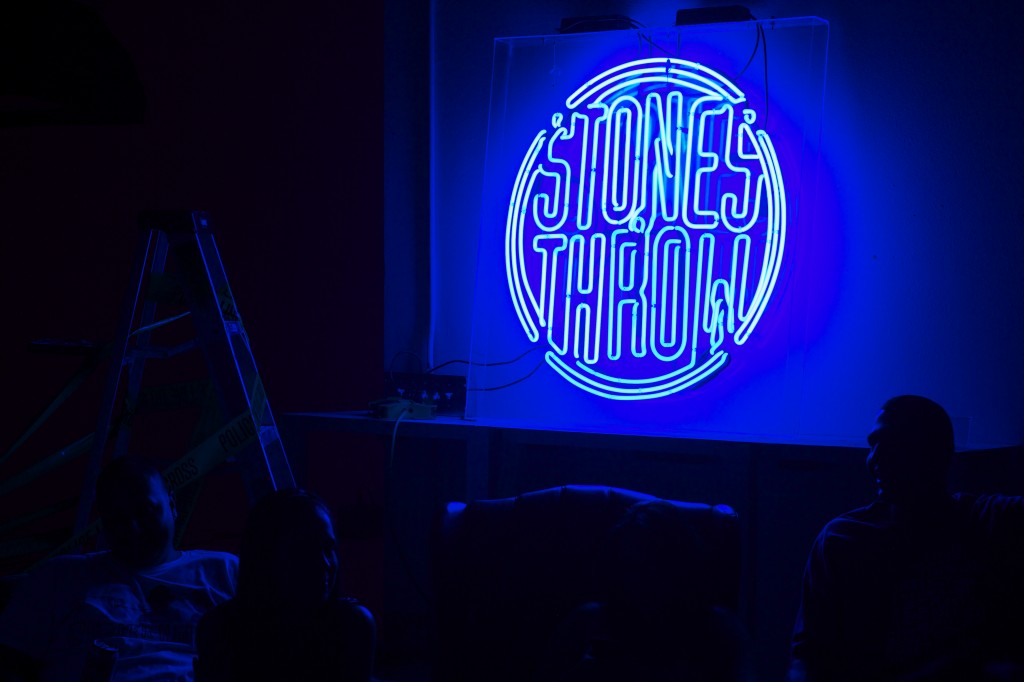 CULT: Rumor has it you cold emailed info@stonesthrow.com to pitch this project. What kind of response did you expect to receive?

JB: That rumor is true. Fact. I did cold email the info account at Stones Throw about the doc concept, and Wolf personally emailed me back some hours later. A few days following, I was at Stones Throw for the first time meeting with him about it. I was certainly hoping it was going to go down that way, but I really didn’t think that first email was going to do the trick. I figured I’d have to really push to get in the door there.

CULT: There are dozens of interviews featured in the film with some of the most influential names in hip hop. How did you decide who you wanted to connect with to tell the Stones Throw story? How does it feel to know that these legends wanted to be a part of this project?

JB: I wanted to make sure the Stones Throw family was well-represented in the film, because that, of course, is the bedrock. But I also, thematically, wanted to shine light on the ways in which subculture influences mainstream trends. Case in point: Stones Throw. It just so happens that the guys who have built up the icon of Stones Throw – Madlib, DOOM, J Dilla, Wolf – have been hugely influential over some of today’s most famous hip-hop artists – Kanye West, Common, Questlove, etc. So the inclusion of those artists in the film was natural. I was just thrilled that they were so down for the cause – all of them. And the inclusion of “celebrity” in projects like Our Vinyl is still what drives their crossover appeal and potential. That kind of bums me out, but it’s true. The layman sees Kanye West talking about this thing he/she has never heard of, and he/she thinks they probably should have. So they pay attention. C’est la vie. We live in a world where culture must be shepherded by certain designated figures. 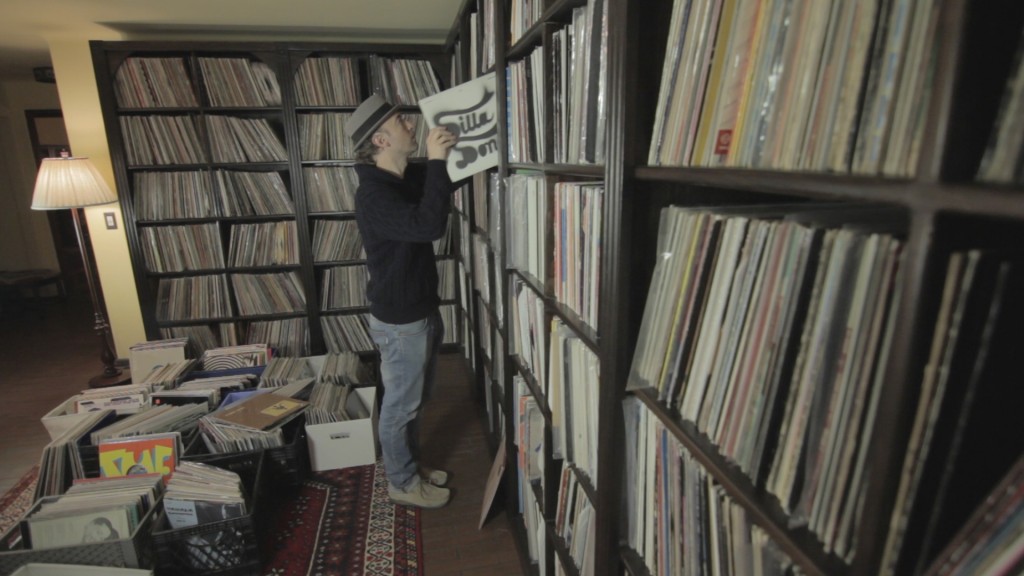 CULT: What was the biggest challenge you faced while making this film?

JB: The biggest challenge I faced while making this film was deciding how to end it.

Stones Throw is an entity and subject which continues to progress and evolve. Its story is not finished.

So there was no natural place to end the film. Rob and I had to make a big editorial decision on what we wanted the primary takeaway to be, and end with that. 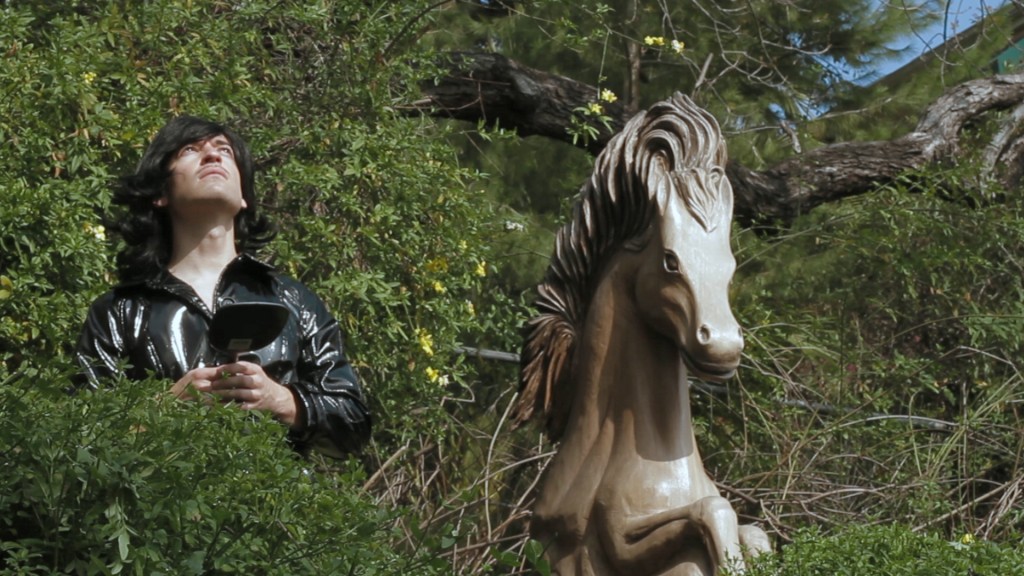 CULT: The film has adapted a lot over time, from its debut at the LA Film Festival to present day. How has it evolved, and what people, ideas or stories contributed to its evolution?

JB: The film has evolved in the past 9 months since its first public showing, for sure. It took ages to track Madlib down and get him to agree to do an interview for the film. That was a huge sticking point with me. I just couldn’t put out a film about Stones Throw that didn’t include an original interview with Madlib. So about three months after the film premiered at the LA Film Festival, Wolf brought Madlib over to my place, and we finally sat down to watch and watched it together. He dug it and agreed to do an interview. I’m so grateful he did, because his storytelling really enriches the narrative. The other big addition to the film was Snoop. Toward the very end of production, Stones Throw announced that they’d be releasing a Snoop Dogg + Dam-Funk album. I got the opportunity to shoot those guys a few times, and of course had to figure out how to include them in the film.

CULT: If you could have dinner with 5 musicians, dead or alive, who would they be?

JB: That’s a loaded question that’s sure to make any music fan who reads this scoff at who I did or didn’t include. But here goes nothing…Mark Sandman, Tupac Shakur, Bob Marley, Sam Cooke and John Lennon.

CULT: Any new projects on the horizon with your production collective, Gatling Pictures?

JB: Many new projects on the horizon – yes! Documentary and narrative. Gatling is very actively diversifying and we’re really pumped for things to come. We’ve got a handful of narrative projects in development we’re both the driving force behind or simply involved in the production of. We’ve also entered the acquisitions and distribution waters. And continuing on the music doc tip, I’m trying my damnedest to get a documentary about Tinariwen off the ground. If you don’t know who they are, look them and their story up. Incredible musicians and humans. Stay tuned! 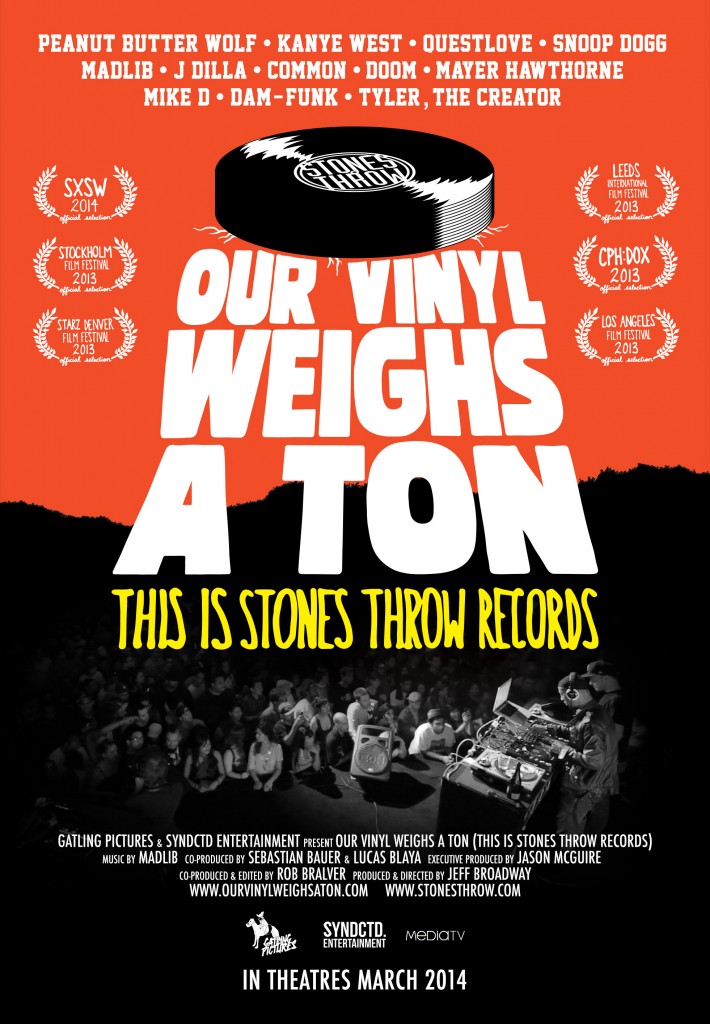 Gothic novels, bones, skulls and wings – these are a few of our favorite things. While we appreciate more modest bling as much as…