What was once a booming tourist destination, a ‘miracle sea in the desert’, is now a haunting, mirage-seeming ghost town in the middle of the California desert – the town of Bombay Beach. Stationed just 60 miles from the rich resorts and wealthy getaways of Palm Springs, Bombay Beach hugs the coast of the Salton Sea – a large body of water that few people in California know of or have been to.

The Salton Sea was formed as a result of a major engineering fail in 1905 when irrigation channels from the Colorado River overflowed and flooded into the lowest basin of the Colorado desert, 226 feet below sea level.  It took two years to divert the runoff and stop the flooding. While engineers initially thought the accidental sea would eventually dry up over time, it didn’t. Real estate investors attempted to capitalize on this ‘miracle sea’ by selling property, building vacation homes, resorts, spas and hotels. Advertisements promised a glamorous getaway from the hustle and bustle of Los Angeles city life – a Palm Springs retreat with water.

What engineers did not expect was the toxic waste and salt from farms that was being channeled into the Salton Sea through the irrigation channels’ runoff, creating an immense algae growth. When algae dies, it sinks to the bottom where there is no oxygen. Bacteria begins to erode all of the dead plant matter and it creates a hydrogen sulfide gas, which is as toxic as cyanide. This toxic gas began to kill the fish, all of the fish, and even the birds who ate the fish. Residents of Bombay Beach claimed they could smell the gas in the hot desert air. 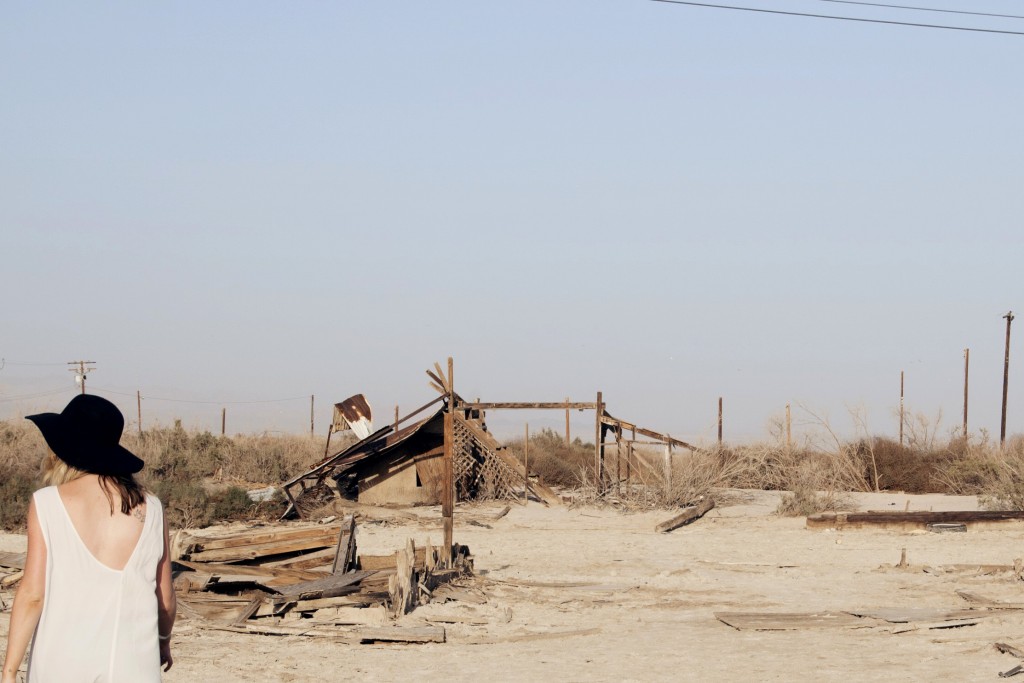 People quickly abandoned their homes, restaurants and resorts closed, and Bombay’s beachside population began to dwindle. Millions of dead fish began to wash up on shore, along with trash and pools of toxic waste, frequently overflowing into the surrounding homes. Bombay Beach was deserted almost as quickly as it was established.

What remains now is a glimpse of a post-apocalyptic world; abandoned buildings littered with shoes, clothes and photos. Rotting architectural skeletons, street signs with no residences, roads that lead to nowhere, and no signs of life – not even in the sea. In fact, the white sandy beach you see here is actually tiny fragments of bones from the millions of dead fish. 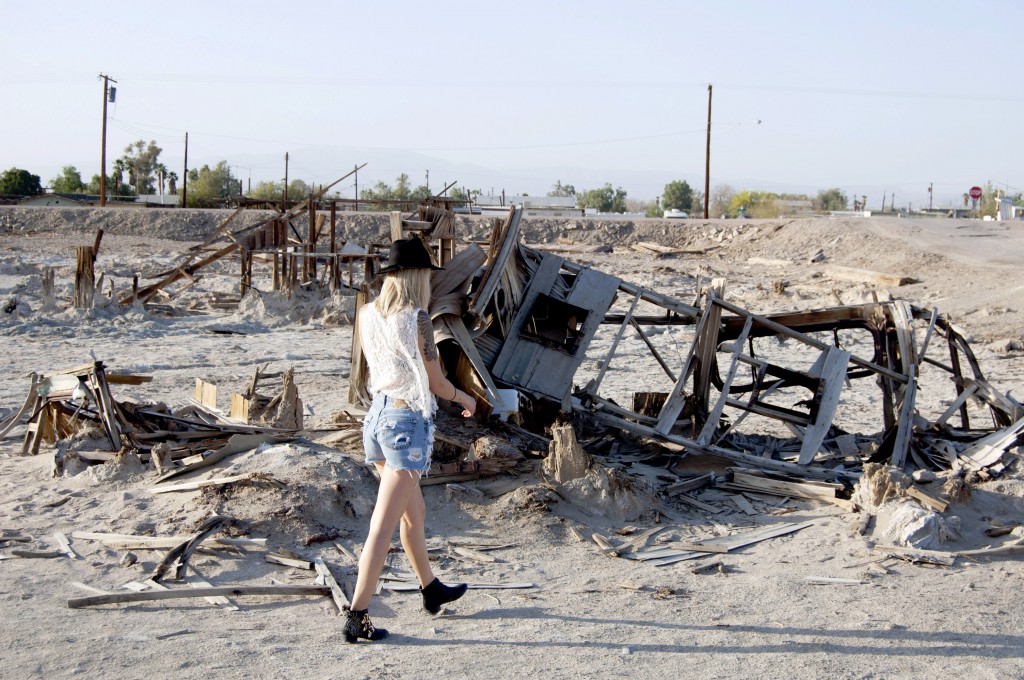 The history of Bombay Beach and the Salton Sea has long intrigued me. If, for a moment, you are able to look past the pools of toxic waste and boney beaches, there is a form of haunting beauty that surfaces from the Salton Sea and the booming vacation town that once was. In a weird way, paying a visit to Bombay Beach is life-changing – it’s a reminder of our impermanence, a reflection of mankind’s error and a dark premonition into what our world will be like without us. 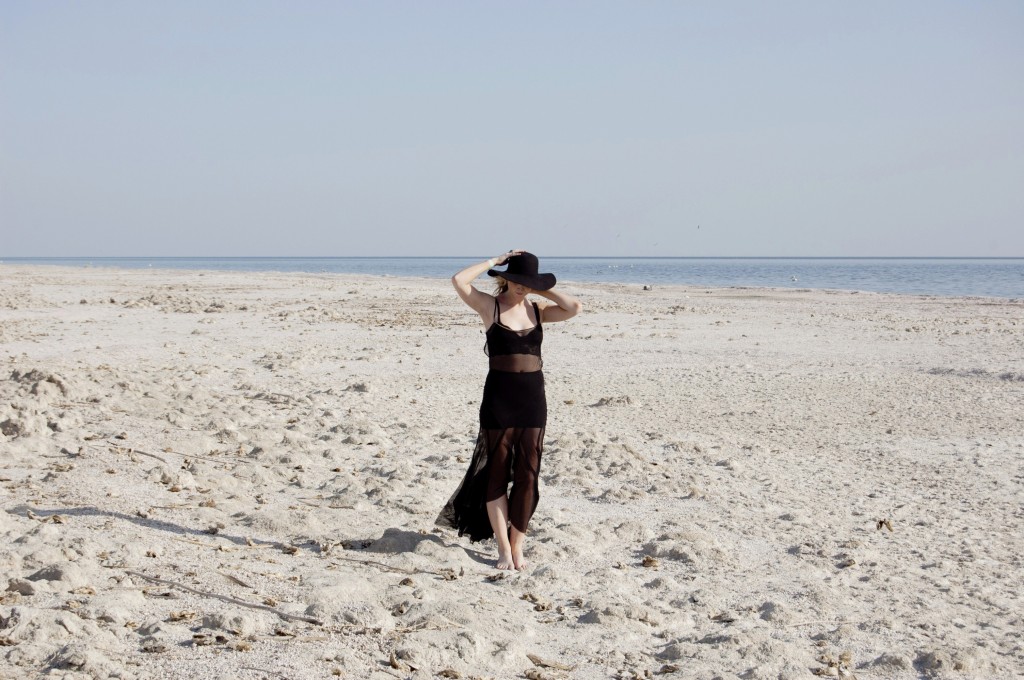 For more information on Bombay Beach, watch this clip, The Accidental Sea.

We arrived by slow boat as it cruised through Lake Atitlan, Guatemala. I’ve heard a lot about the sacredness of the land and suddenly…