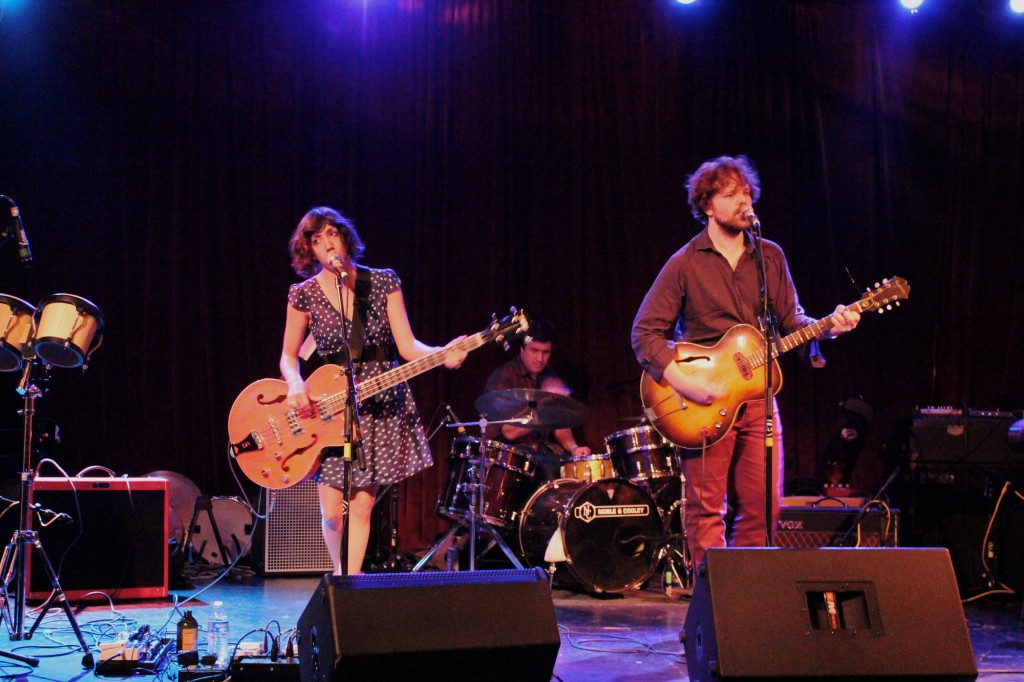 If LA-based folk-rock duo Chris Senseney and Stefanie Drootin-Senseney (The Good Life, Bright Eyes, She & Him) of Saddle Creek band, Big Harp, aren’t on your radar yet, then you, my friend, have some catching up to do. The two share a powerful dynamic both onstage and offstage. Having met on a tour (Stefanie was playing with The Good Life, and Chris was in opening band Art in Manila), the two have rarely been apart ever since. Chris describes the following months as a heavy bender of drinking, smoking, touring and recording until Stefanie found herself pregnant with their son. The couple soon got married, had baby number two, and in 2010, formed Big Harp. They immediately started working on their first album, White Hat, an alt-country record with folk roots and acoustic vibes.

Last night, they rocked the Bootleg Theatre in Los Angeles, playing their new sophomore record, Chain Letters, an album still loyal to the band’s folk-rock sound of White Hat, but coming back with a more fun, electronic infusion. Written impulsively and influenced by mid-70s Iggy Pop records and 80’s Leonard Cohen (“’I’m Your Man’ era Leonard Cohen,” Chris explains), the new album features more of Stefanie’s fuzzy bass textures and heavier sounds. “We’re younger now. I think in our first album we were trying to be grown ups – well, that’s how we felt at the time – like we needed to be grown-ups. Then when the kids grew up a bit we started to feel like we could be ourselves again,” says Stefanie.

You could feel the energy of Big Harp onstage last night; the two seemed to feed off each other. Stefanie rocked out on bass, and Chris even pulled out his best dance moves and head bangs for ‘It’s Easy to Be Strange’. Although their sound has evolved into incorporating more rock and electronic influences, Senseney’s burly, swooning vocals remain consistent, paired perfectly with Stefanie’s blissful accompaniment.

So what can we expect from Big Harp this year? Well a new record is in the works, and on this one we might even get to see Stefanie rock the drums. (We know; she’s the coolest). Senseney hints that the new record will have less guitar, and will probably feature more keyboards. Definitely a band to watch over the next year. 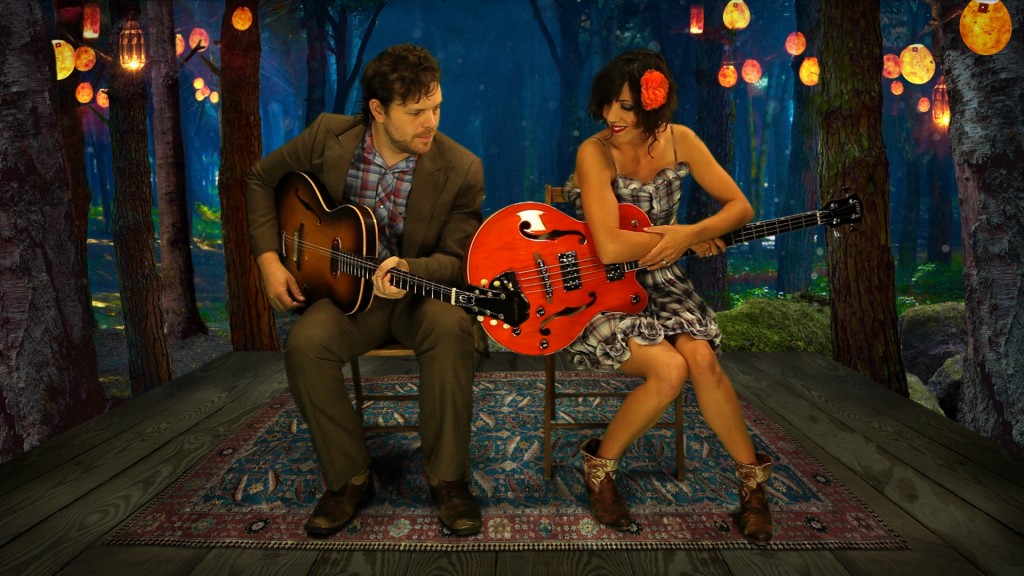