Meet our current musical obsession, Tei Shi. This New York based singer/song-writer is as lovely as she is talented. Born to Columbian parents in Argentina, Tei Shi, aka Val lived in Columbia until she was 8. With her signature style of layered sounds and dreamy vocals Tei Shi is beginning to make everyone notice her, including Bill Murray. Read our exclusive interview with this born-to-be-star below, and listen to more of her music here. 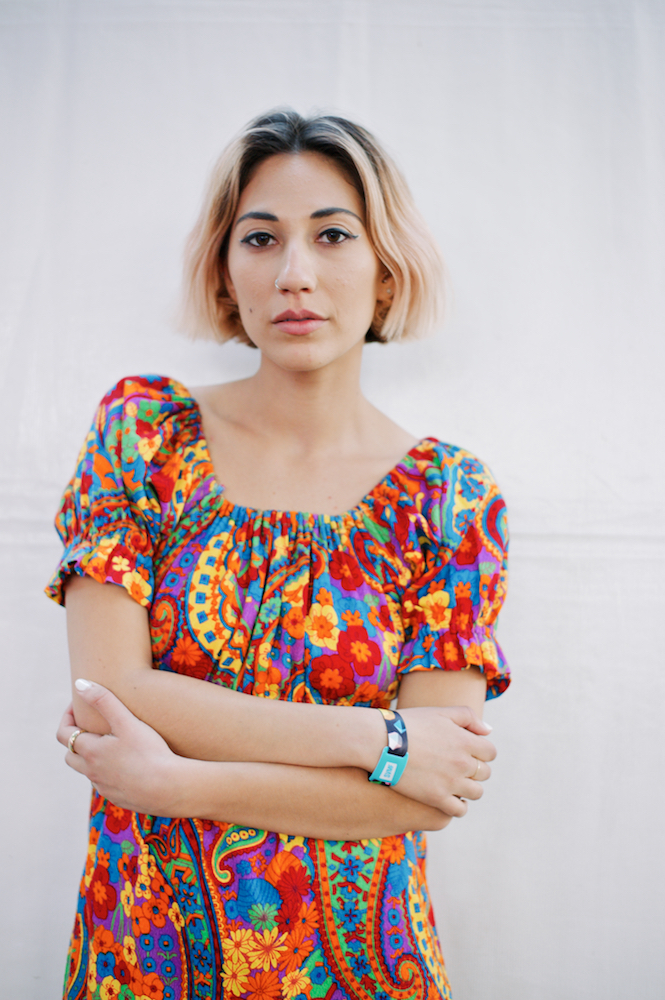 CULT: Tell us about yourself and your musical journey that got you to where you are today?

VAL: It all started when I decided to go to music school in Boston. That was the first time that I put myself in an environment where other people around me were making music. I’ve been singing and writing songs since I was little, but it was always a very private thing that I did. Once I went to music school I started taking it a bit more seriously in the sense that I started recording myself and I started to sculpt some of the songs that were on my first EP. I spent my time in school learning a lot and writing a lot and then I moved to New York right after I graduated. It was there that I decided that I was going to go for it and I recorded my first EP. Everything just kind of came together naturally in a very lucky way – it has been a very gradual process.

I always wanted to make music but I never really had a point of reference how to make a career out of it. When I put out my first song I saw that you could connect with people easily online and I had a really positive response and that gave me the confidence to just go for it. There was a shift from ‘I’m going to do this privately for my own enjoyment’ to ‘I’m going to put stuff out and expose myself and see how it goes’.

CULT: Do you remember your earliest experience with music?

VAL: I remember the music from Disney movies when I was growing up. I lived in Columbia until I was 8 and the way that I learned to speak English when I was really young was through watching Disney movies and Sesame Street. They were all very musical and I loved the soundtracks and would sing along to them. I learnt English through singing Disney songs so that was definitely a very influential musical experience. 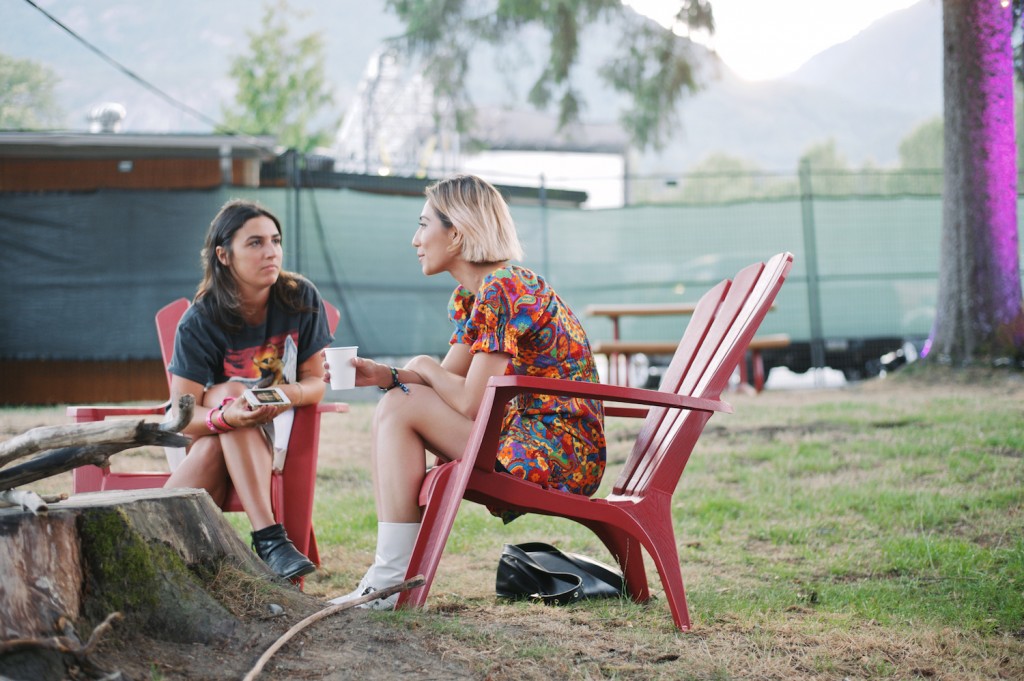 CULT: So you are at this time an independent artist?

VAL: Yah! The EP I put out this year, VERDE, came through a few different labels – they’re all independent labels in different countries – an independent imprint label in the US, one in the UK and one in Australia. I did the EP through those labels but I’m still very much an unsigned artist and I’m enjoying it.

CULT: Is it primarily for creative freedom?

VAL: For a long time it was that, I really liked the freedom to do whatever I wanted. I went to school with a lot of artists and I saw a lot of people I knew signing to labels really early on and getting kind of fucked over from it. I knew that I wanted to have the freedom to just learn and explore without being tied to some label or contract. It was a conscious choice in a sense that I wanted to have that creative freedom and the ability to do my own thing. There’s a lot you can do on your own nowadays. There are pros and cons but I’ve enjoyed having the beginning of my path be very DIY.

CULT: do you have any dream collaborations?

VAL: I have a lot of dream collaborations, for sure. But there’s a fine line – I have the desire to collaborate with a lot of people but at the same time I feel that when you are early on in your career its better to refrain from doing too much of that. You need to find your own voice and I’ve been very selective about the things that I’ve been doing. There are definitely a lot of people that in the future I would love to do stuff with.

CULT: Your music is known for its layering and dreamy characteristics. What emotions do you hope to evoke in people through your music?

VAL: I tend to approach it song to song – certain songs I want it to feel really intimate; a personal, melancholy experience. Other songs, more recent stuff, I just want to make a groove and make people really dance. Its really is song to song but overall something that feels I guess intimate and genuine and not over the top or anything. 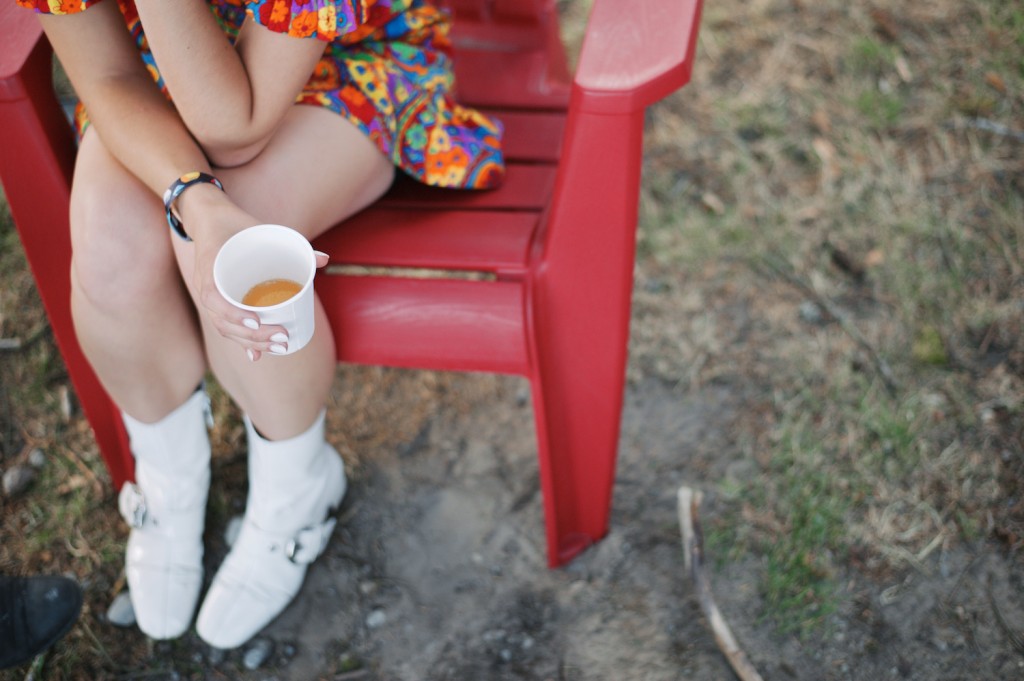 VAL: I have so many different influences and inspirations that I think its more the contrast of the music that I like that is an inspiration. Everyone from Jack White, to Bjork to James Blake – those are three very different artists that have been very inspirational people for me.

CULT: So Bill Murray was at one of your shows?

VAL: We played in Austin during SXSW, and Bill Murray was at the show and people were tweeting about it. He was in the audience dancing around and stuff. I didn’t really even realize it. It wasn’t until later when I checked my twitter I was like ‘oh shit’ because I remembered seeing him and not putting two and two together. Apparently he often goes to festivals. I saw him at another show of a friend of mine that week and was like ‘you do this – you go and check out new artists – that’s cool!’.

CULT: do you have a favorite Bill Murray movie?

VAL: There’s so many… probably The Life Aquatic.

CULT: is there anything you’d like your fans to know about you at this point in your career?

VAL: About me personally not really, but I hope to keep making good music that people can relate to. I’ve had such a great relationship with music through artists that I felt so connected to without knowing them at all. And that’s what I would like to have with people who would be fans of my music – that’s what I’m working on and continue to strive for.

Continuing from Day Two, CULT contributor Sofia Tome takes us on a journey through the magical country of Morocco, from Marrakech to the Sahara, in Day Three. he following…