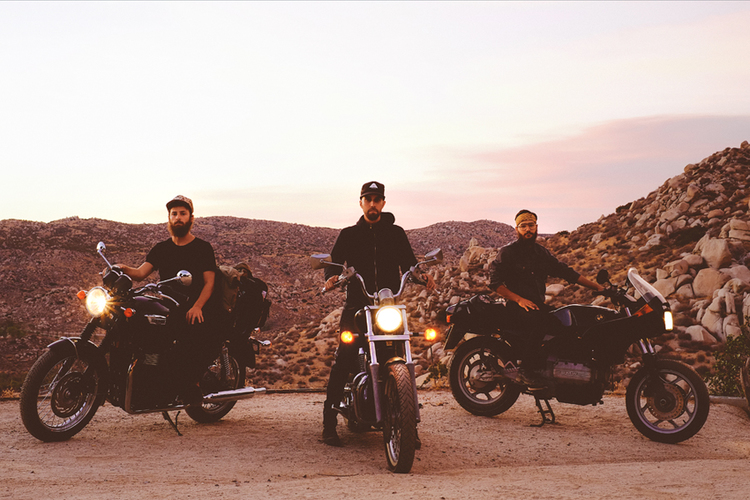 We’ve all dreamed of quitting our jobs, hitting the road, and taking off to explore new realms. Meet Matt Lief Anderson, Randy Martin, and Marlon Geller – the three friends and photographers who are actually doing it. Backed by fourteen sponsors, the trio has embarked on a 4000 mile journey from Los Angeles to the Arctic Ocean in northern Alaska – by motorcycle. Armed with only what they can carry on their bikes, they are making the epic trip up north, sleeping in church parking lots, exploring the Pacific coast, meeting new people and documenting the trip through their amazing photography, sparking a serious case of adventure-envy in us! We had to check in with these guys to hear more. Read the interview below, check out their impressive pics from the trip so far, and start planning your own adventure!

Don’t forget to follow along on instagram @fourthousandmiles, and visit their website www.fourthousandmilesproject.com if you’ve got a couch to spare or have some inside tips on local haunts along the way. 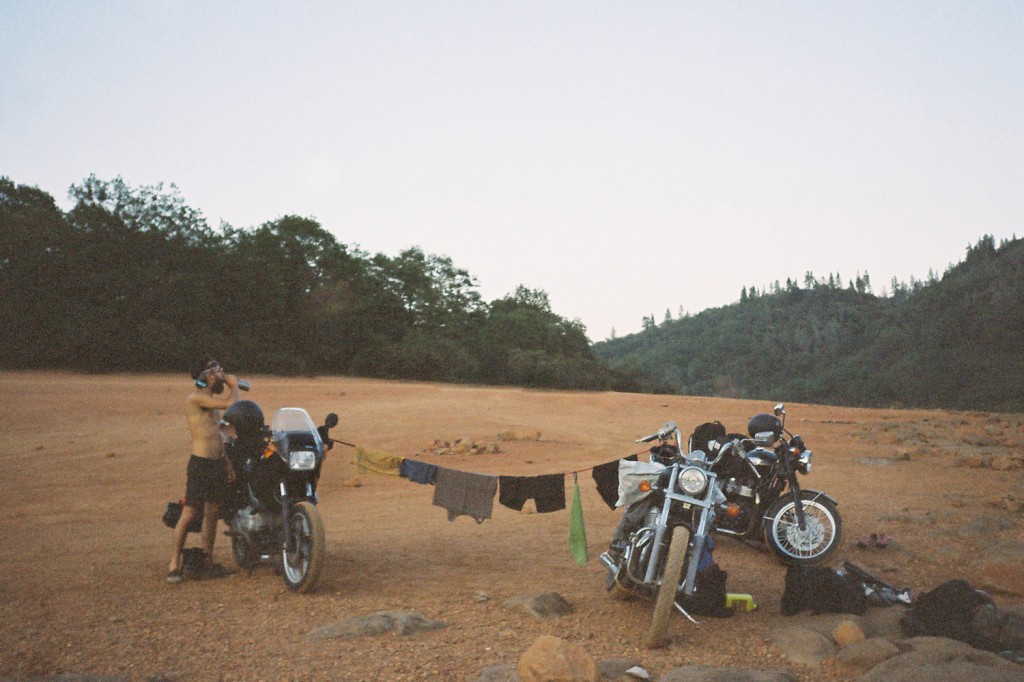 CULT: Tell us about yourselves!

Matt: We’re all technically homeless. I just moved back to America after four years of living and traveling abroad. I picked up a camera at the beginning because I thought that’s what your’e supposed to do when you travel and it changed my whole perspective on the adventure experience.

Randy: I don’t generally stay in one place for too long. I tend to go back and forth in my head between wandering around some new beautiful land for a while, and the ease and stability of having my own place where I can walk in and drop all of my shit in the middle of the room without having to worry about being in someone else’s space. Right now I’m in wander mode.

Marlon: In October 2012 I gave up my job and apartment in Oakland California. Since then I’ve been taking things day by day traveling around and shooting tons of photos. I don’t plan to settle back down until my bank account hits zero. 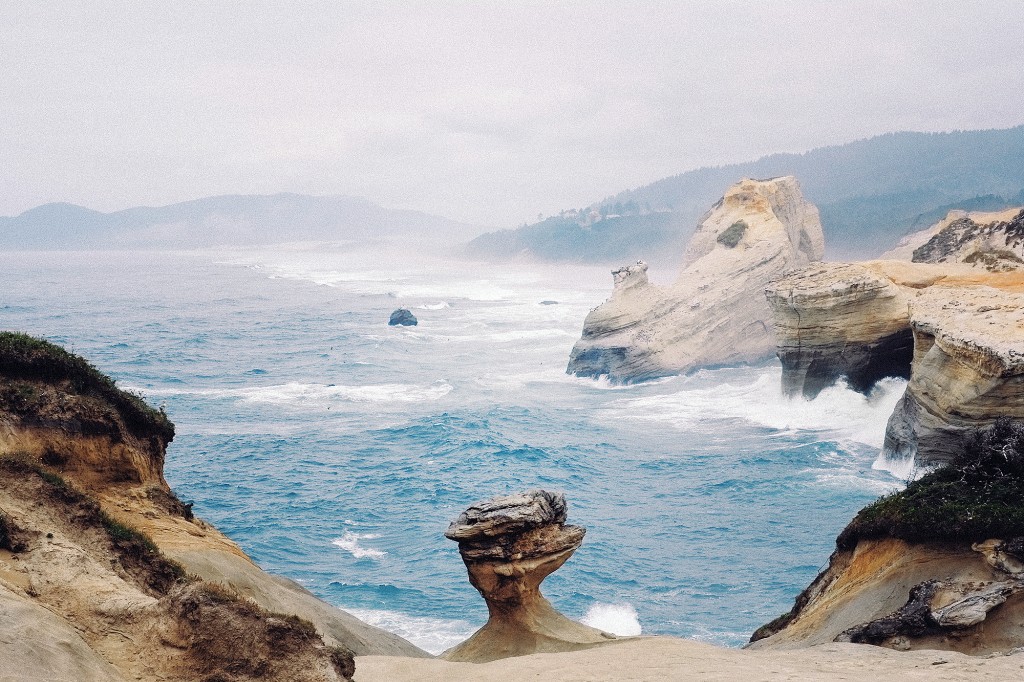 CULT: How did the three of you meet?

Randy: About 9 years ago I met Marlon at the party house he lived at in San Diego. A summer later Matt and I floated down a river together in the middle of Missouri with mutual friends.

Matt: Marlon and I have been familiar with each other’s photography for several years but we just met for the first time when I flew to California to meet up for the trip. 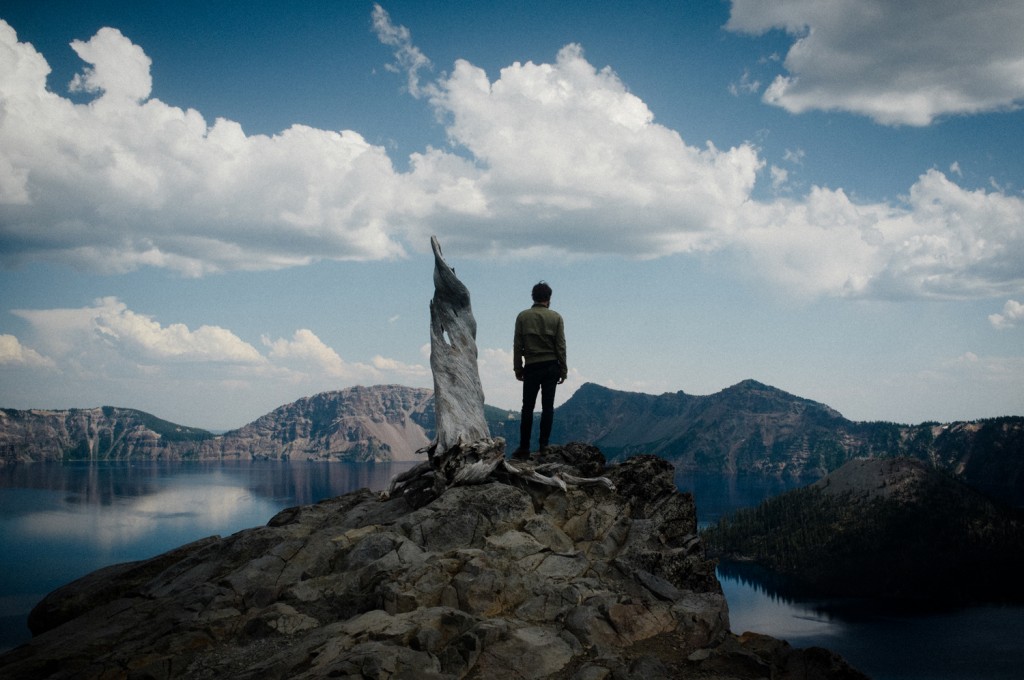 CULT: What inspired your journey 4000 miles from Los Angeles to the Arctic Ocean by bike?

Matt: I took a month long solo motorcycle trip in Vietnam when I lived there a year ago. That kind of travel really appealed to me and I’ve wanted to do something bigger ever since. Randy mentioned taking a motorcycle trip together and I’ve always been inspired by Alaska so I suggested it, and before I knew it we were on the road north.

Marlon: I like a challenging kind of adventure, and to push my self in general so when they invited me, I didn’t think twice about it. My actual response to Randy’s text was “Fucking 100% yes”.

Randy: New landscapes and the unknown are usually motivation enough for me to get up and go, but I found out about a great couple of guys early this year who travel under the title We’re Really Doing It. They take these potentially super dangerous epic trips without any real training in some pretty specialized modes of travel. If anyone is feeling timid about jumping into some new adventure, read through one of their blogs at werereallydoingit.com 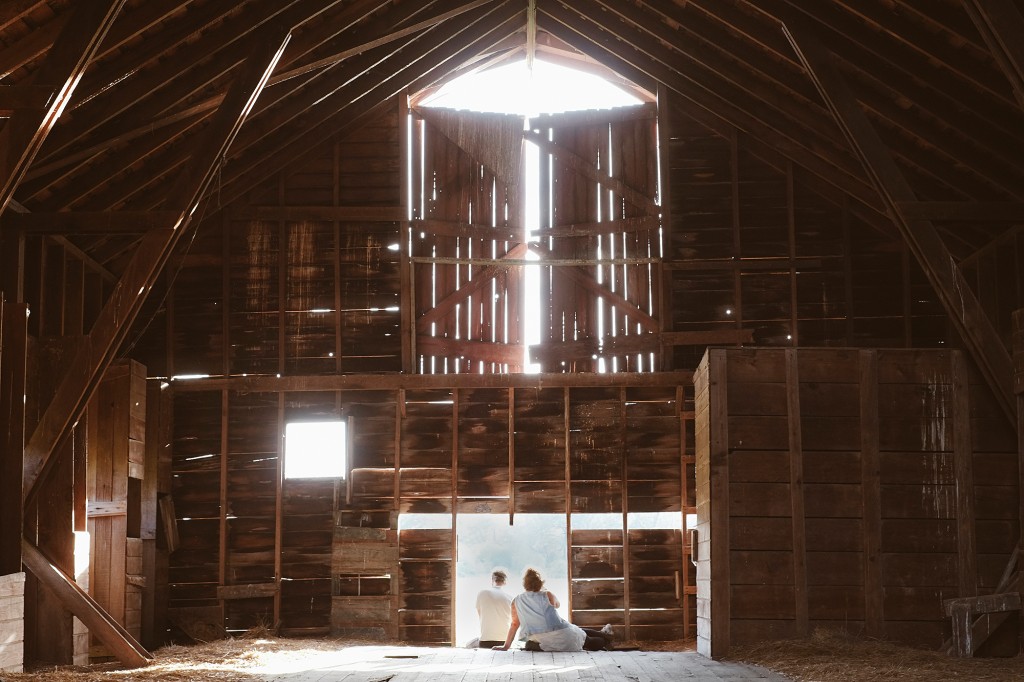 CULT: Where are some of your favorite stops and scenes so far?

Matt: Driving between Joshua Tree National Park and San Luis Obispo because we were still feeling out our bikes and just fucking around driving without hands, racing each other, feeling how my bike rides at 100 miles an hour. There are these long roads in the middle of the desert that never end, and you spend hours at a time without seeing another car in some extremely epic landscapes.

Marlon: I liked Lake Shasta. I liked swimming there. I don’t know, it was just pretty. 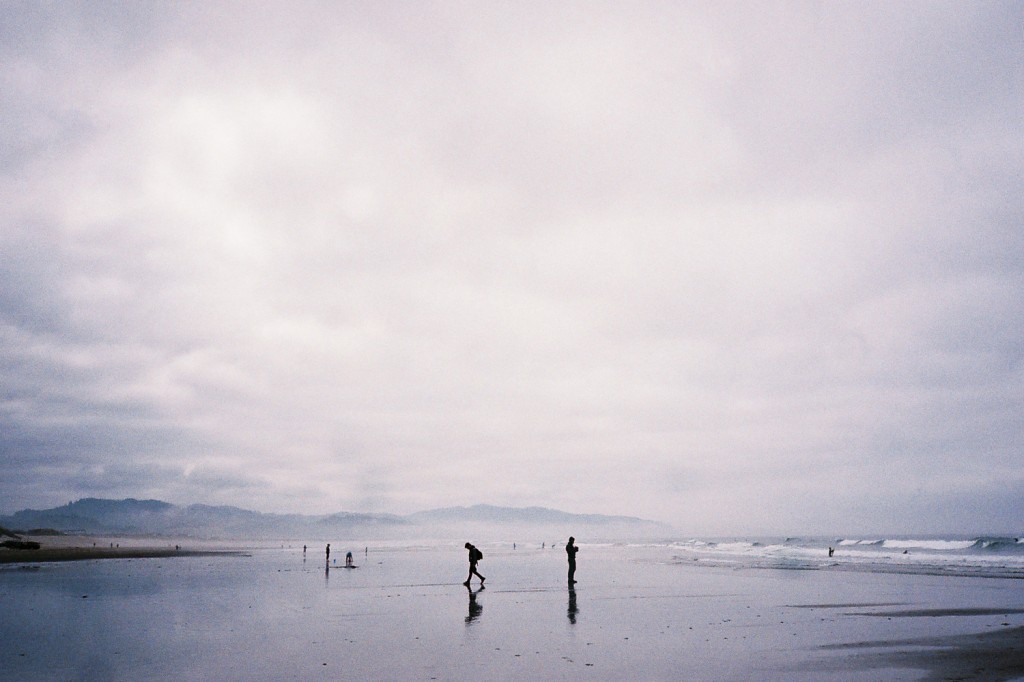 CULT: What items are you carrying with you?

Matt: The usual camping stuff that everybody has plus a whole bunch of specialty coffee and a hand mill and some filters.

Randy: We’ve got fourteen sponsors backing us on this thing, so I’ve actually got way more gear than I’ve ever traveled anywhere with in my life. Everything from bottles of the best gin in America to Ninja Suits. Film, zero degree sleeping bags, cases of beer, you name it we’ve got it. 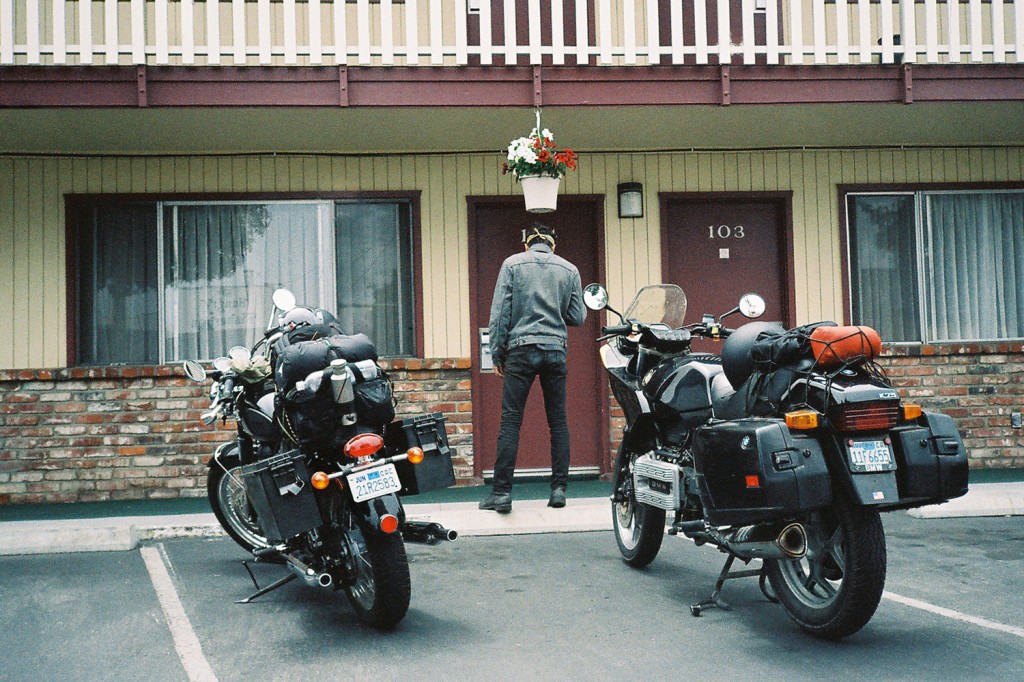 CULT: Have there been any scary or dangerous moments?

Randy: My bike is massive. Like, it’s made for Shaq. Getting on and off of it are the worst things I’ve experienced so far.

Matt: I’ve had two different experiences when I ran out of gas and had to put on my reserve tank hoping that I could make it to a gas station instead of breaking down in the middle of nowhere. I’ve also taken two spills so far. I don’t have a side view mirror on my right side.

Marlon: LA freeways. They’re terrifying to drive on. Especially since it was the beginning of the trip and I’ve never ridden a motorcycle on a street before we started. 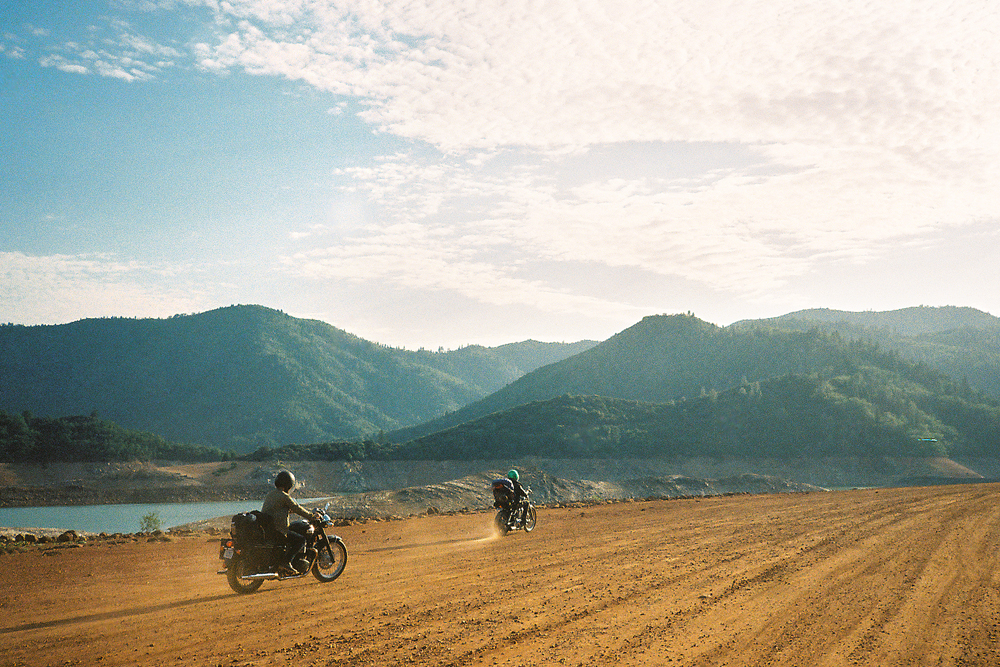 CULT: What do you expect to take away from this journey?

Randy: A shit ton of photographs, and a big X through state number 44 on my US list.

Marlon: The confidence to take on another adventure that’s even gnarlier. 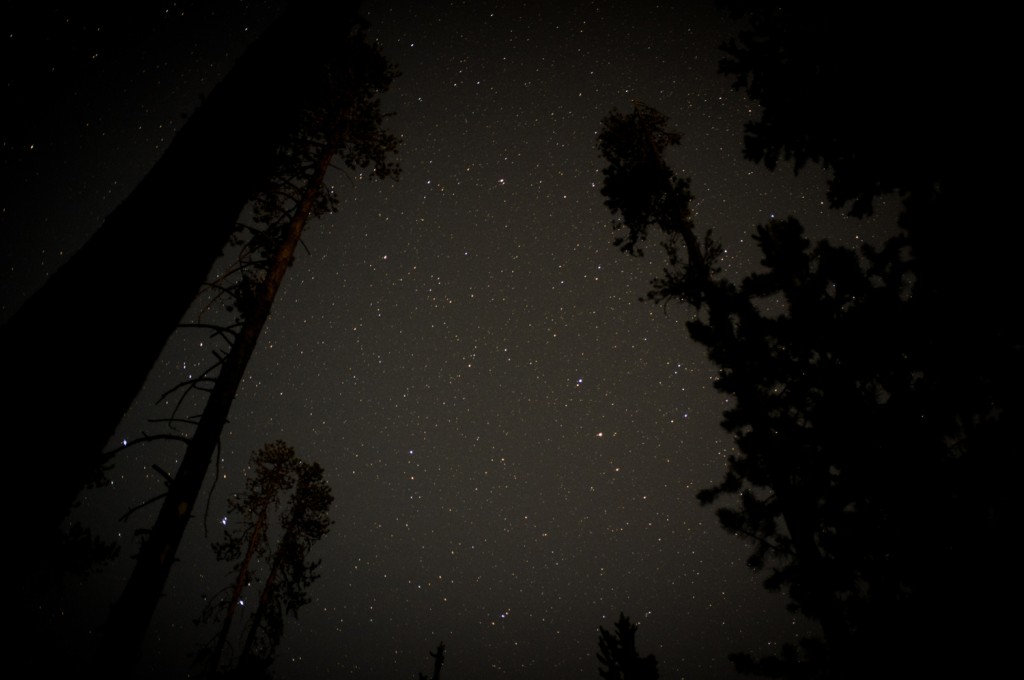 Matt: Quit the job you hate so much and just do it.

Marlon: I don’t even know what an amateur adventurer is. Anybody who wants to do anything can and should make it happen.

Randy: Put the money you’re buying coffee and clothes and cocktails with back in your pocket. It goes a lot further on the road. 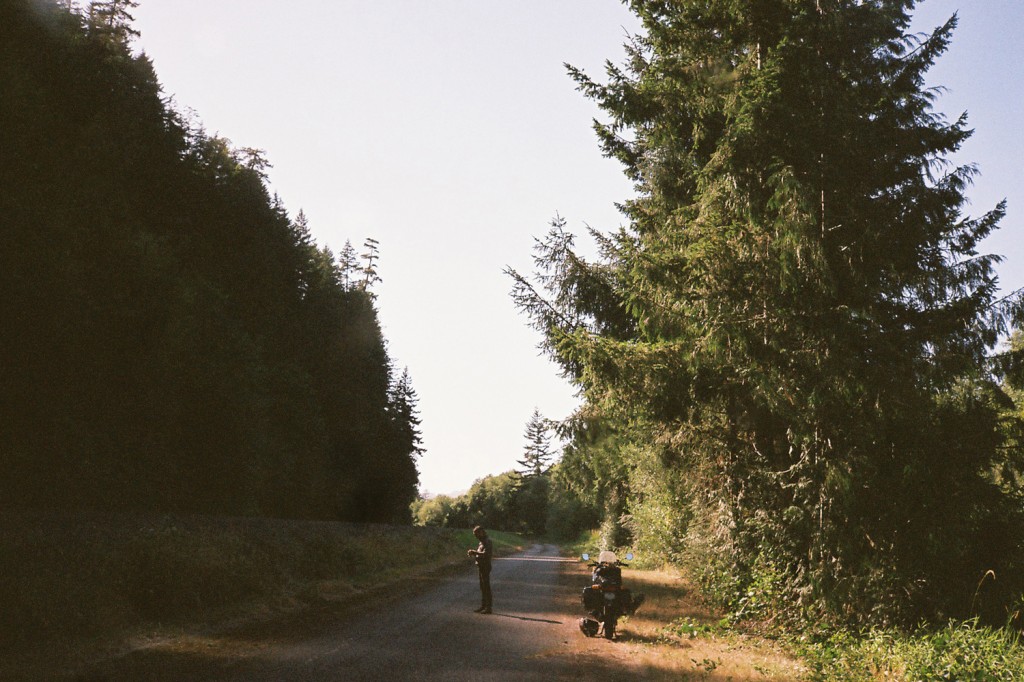 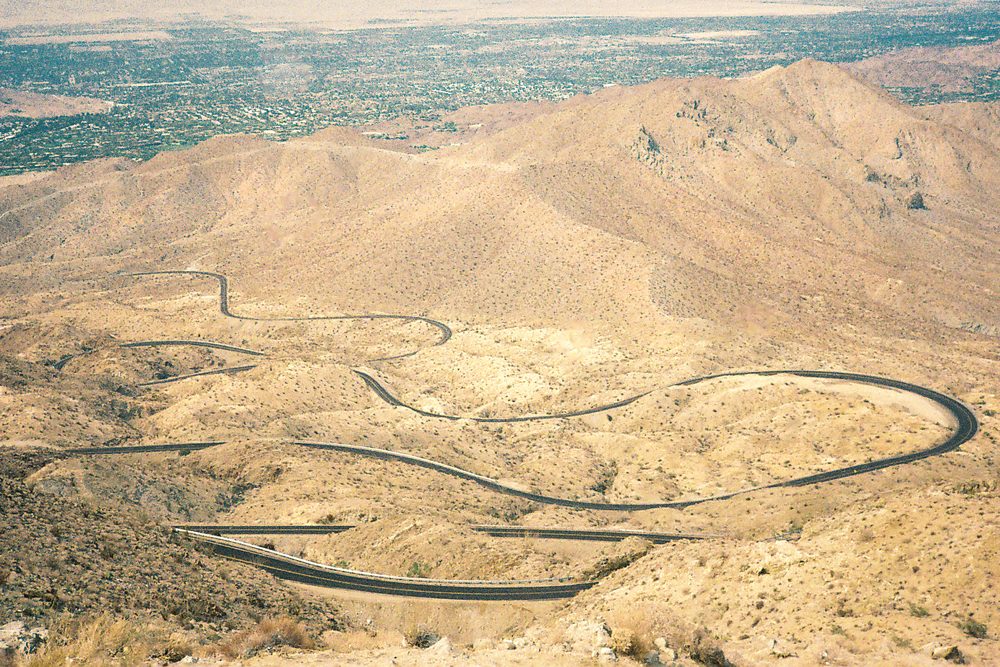 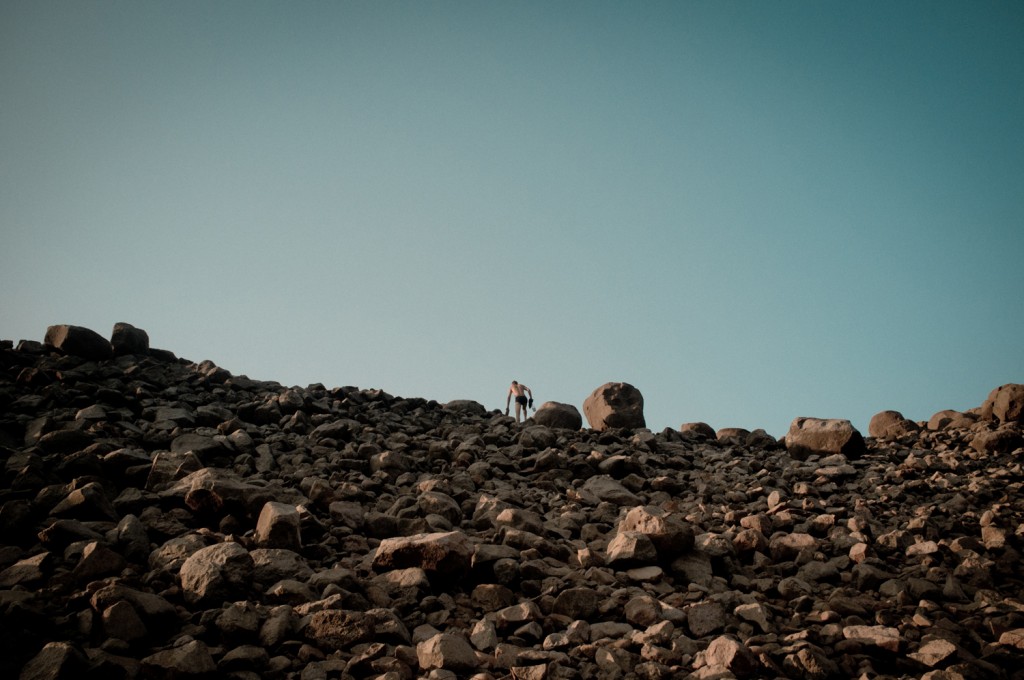 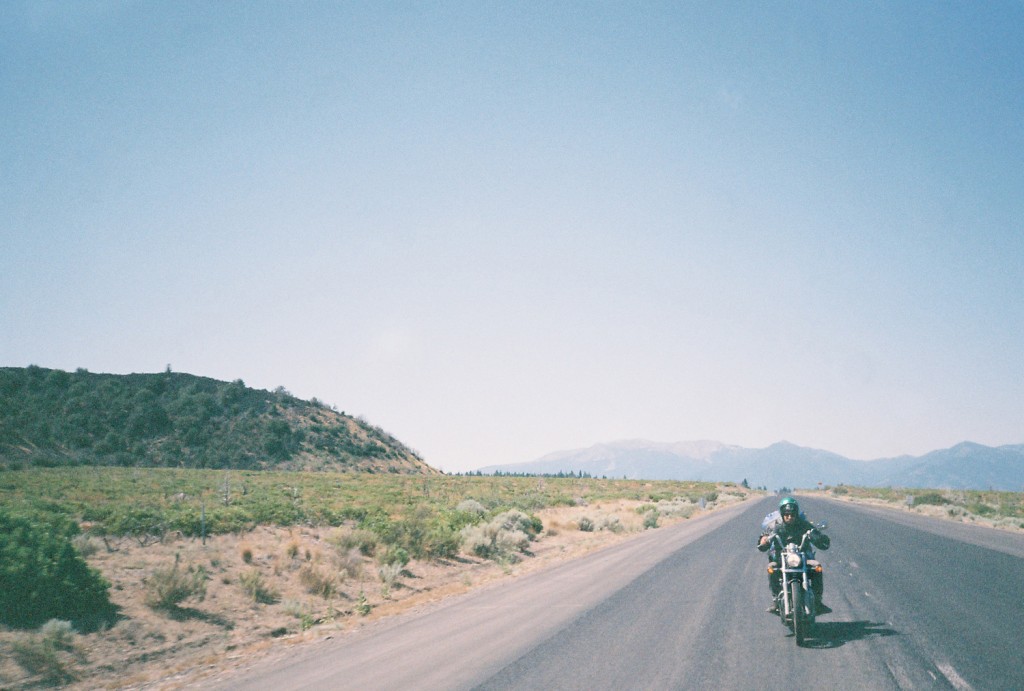 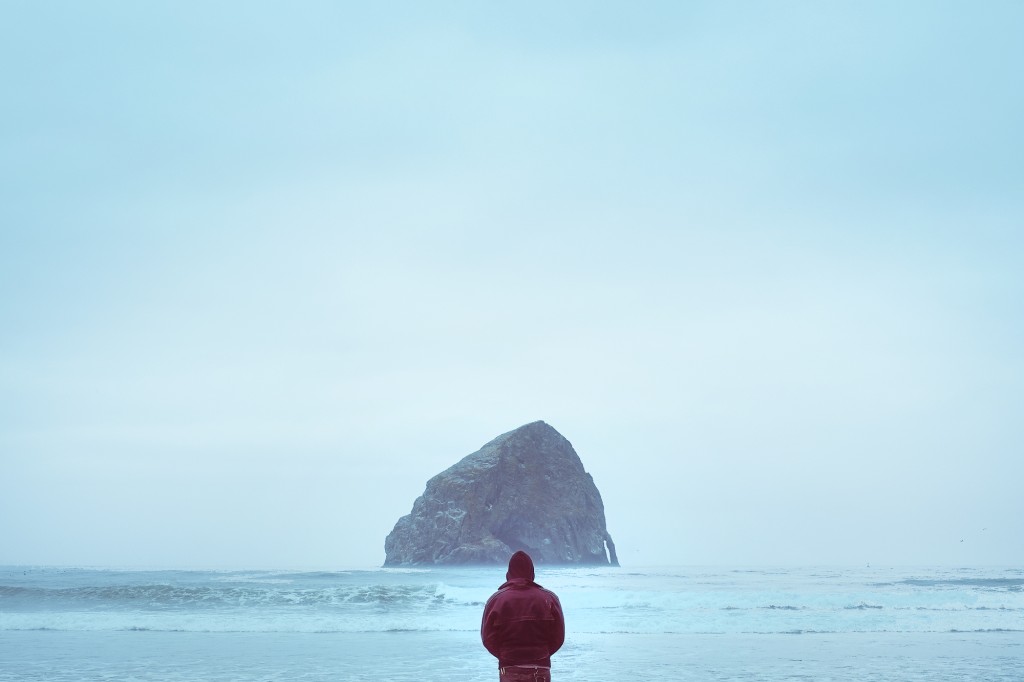 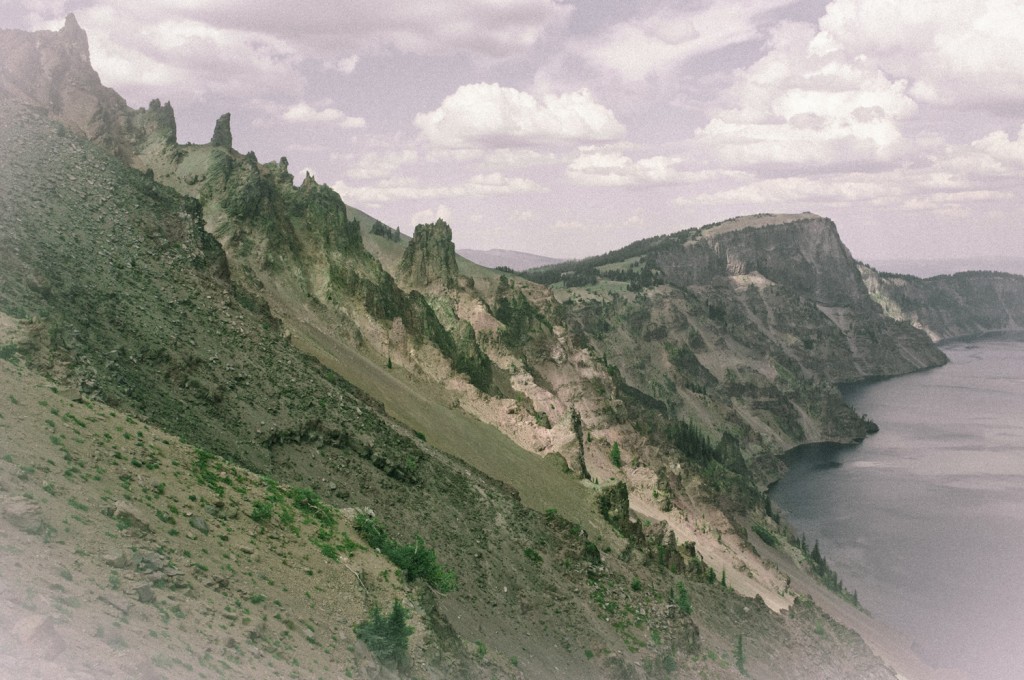