Continuing from Day One, CULT contributor Sophie Tome takes us on a journey through the magical country of Morocco, from Marrakech to the Sahara, in Day Two.

Considering that this might be our only trip to Morocco, my friend Tati and I decided that Marrakesh would not be enough. A trip to Morocco seemed incomplete without a visit to the Sahara. Subsequently, a trip to the Sahara would be impossible without guides. After lots of research, we decided on Top Desert – the positive reviews and beautiful images of the campsites convinced us that it would be a good fit. We decided on a 3-day tour and built our itinerary around it. 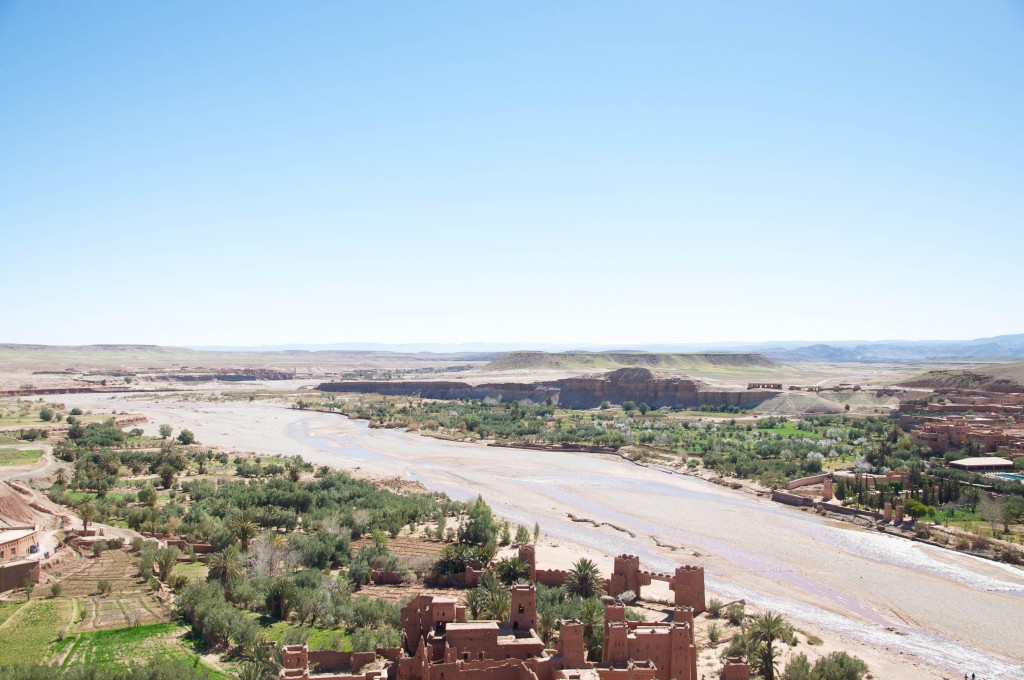 Rasheed and Khalid, our guides, picked us up in their Land Cruiser first thing in the morning. This was the beginning of a three day journey for us, most of which was spent in the car with our new friends. Slowly, we made our way through High Atlas Mountains, eventually stopping at a women’s cooperative to pick up some handmade argan oil and drink the first of many Moroccan teas.

Our next stop was Ait-Ben-Haddou in Ouarzazate. The Kasbah, which is a UNESCO world heritage site, was built during the 17th century.  With the High Atlas Mountains as a backdrop, the terracotta structure seems almost magical.

Hours and hours of driving later, we made our final stop of the day in M’hamid, the village known as the “Eyes to the Sahara.” Our host at “M’hamid Azawad” made us a wonderful tagine and we ended the night with hookah on the rooftop, reflecting on the infinite land surrounding us.

One of our favorite online retailers, Need Supply Co. recently unveiled their new summer 2015 campaign – Go Explore. Rooted in the spirit of adventure…