Johnny Vampotna‘s first solo show, Ghost Noir, is cohesively, dark, dreamy and well, haunting. Tattooer by trade and graffiti artist at heart, this is Vampotna’s first solo show breaking out of traditional tattoo and graffiti mediums and experimenting with others, namely photography and oil painting. We had to track him down to find out more about growing up in LA, learning to make a living as an artist, and the inspiration behind Ghost Noir. Scope through the photos from the show below and be sure to check it out in person at Slow Culture Gallery, where it will be displayed for the remainder of October. 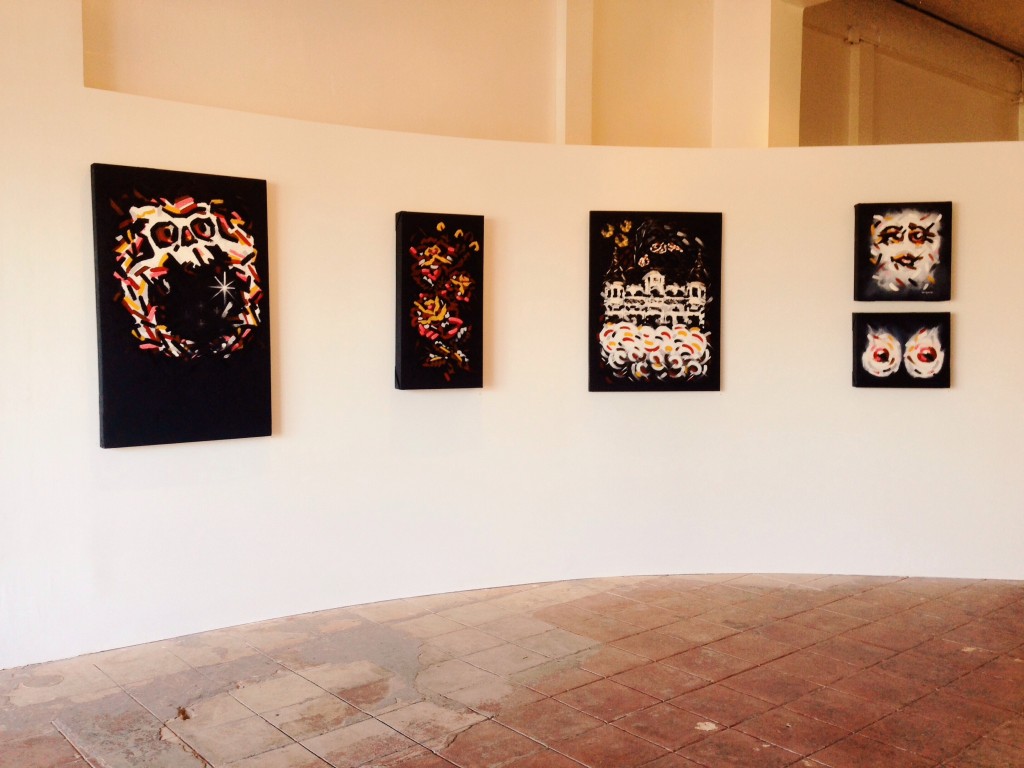 CULT: What are your favorite mediums to experiment with?

JV: I most often work in watercolor, due it its likeness to tattooing, and in the style I prefer to tattoo, “American Traditional”. Once in a while I like to get weird & make out-of-the-box paintings using watered-down watercolor layered on over-saturated areas of color. Photography was also a huge focus of mine growing up as an artist; it was a daily tool to share & express myself. I’ve been taking it more seriously lately, and am planning to show more very soon. I’ve also lately enjoyed painting a bit bigger and looser, using oil paints to depict dark, heavy-bodied shapes that resinate with the occult. 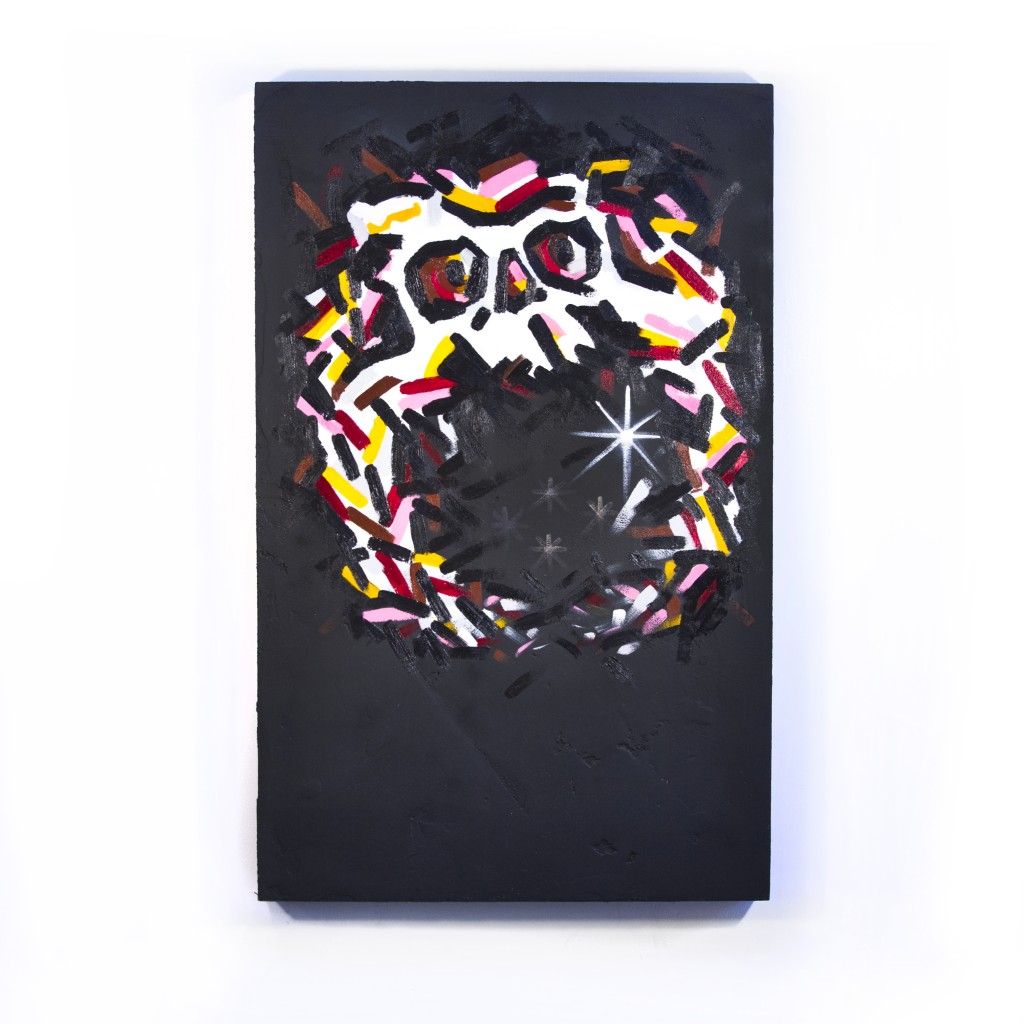 JV: As a kid growing up in LA, I didn’t have a clue what I should be or what the possibilities were. I would hear the concept, “You can be whatever you want to be,” but I didn’t even understand or believe that until my early twenties. I do remember wanting to become a pro-hockey player for the LA Kings… except I only played a few years of hockey. I also loved animals so I often answered, “zoo keeper”. Although I grew up with artistic parents and have been drawing ever since I could remember, I never thought that I’d make art for a living; An artist is something that I just sort of became through hard work, drawing, painting, eventually spray painting graffiti pieces, then later, tattooing. 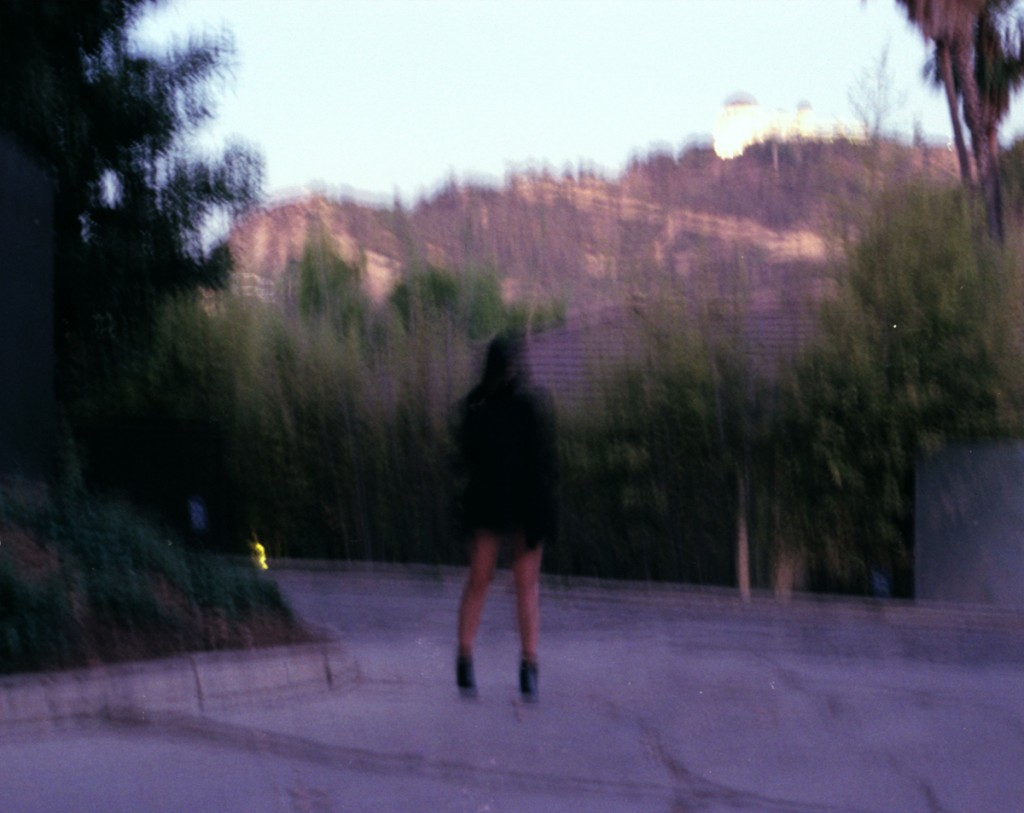 CULT: How did you start tattooing?

JV: It’s a long story – my good friend Rantz had a rad shop in the valley where I grew up called Needle Pushers. Lots of really amazing artists got their start in the tattoo game at Needle Pushers because of Rantz’s support. One of the most prominent tattooers there is Greg “Twelve” Cusick, who later went on to open Clandestine Rabbit Tattoo Studio in Tarzana with Rantz. Twelve took me under his wing in the early 2000’s and showed me everything I needed to know about making tattoos. I owe everything to Rantz, Twelve & the rest of my buds at Clandestine Rabbit. 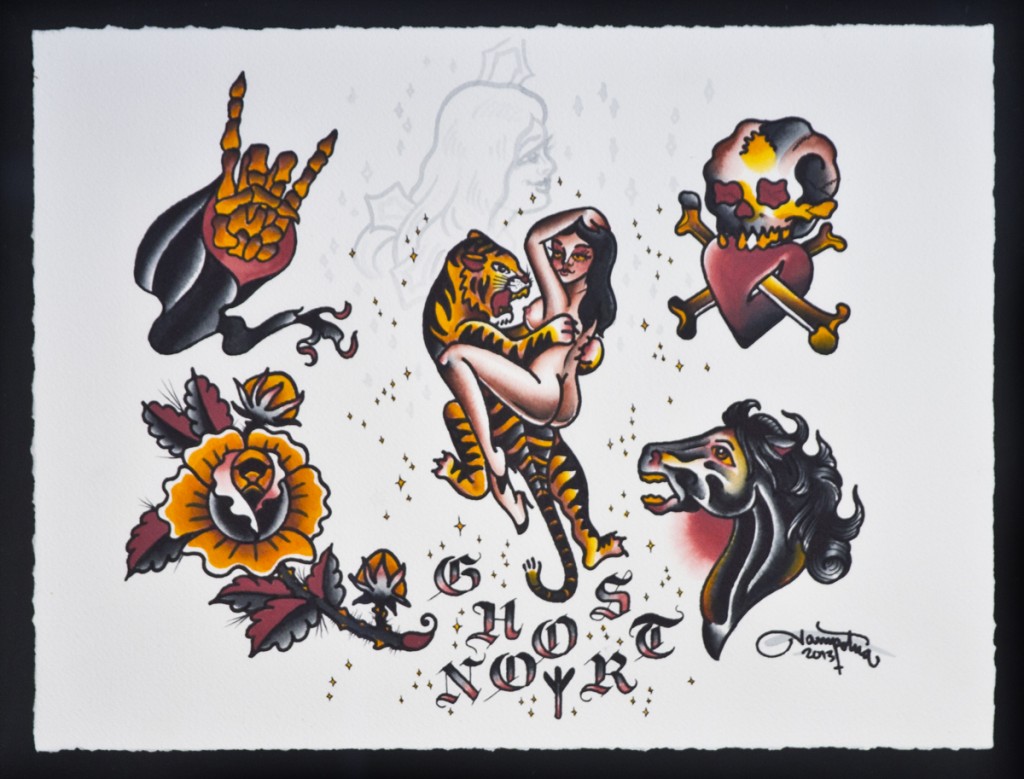 CULT: How has your style evolved since you started?

JV: I’m no longer afraid of trying new things. I’m constantly looking at both new and old references; what is being made and what has been made by the artists that I admire. What works best for me is simply staying inspired and educating myself with the most information and ideas for subject matter as possible. 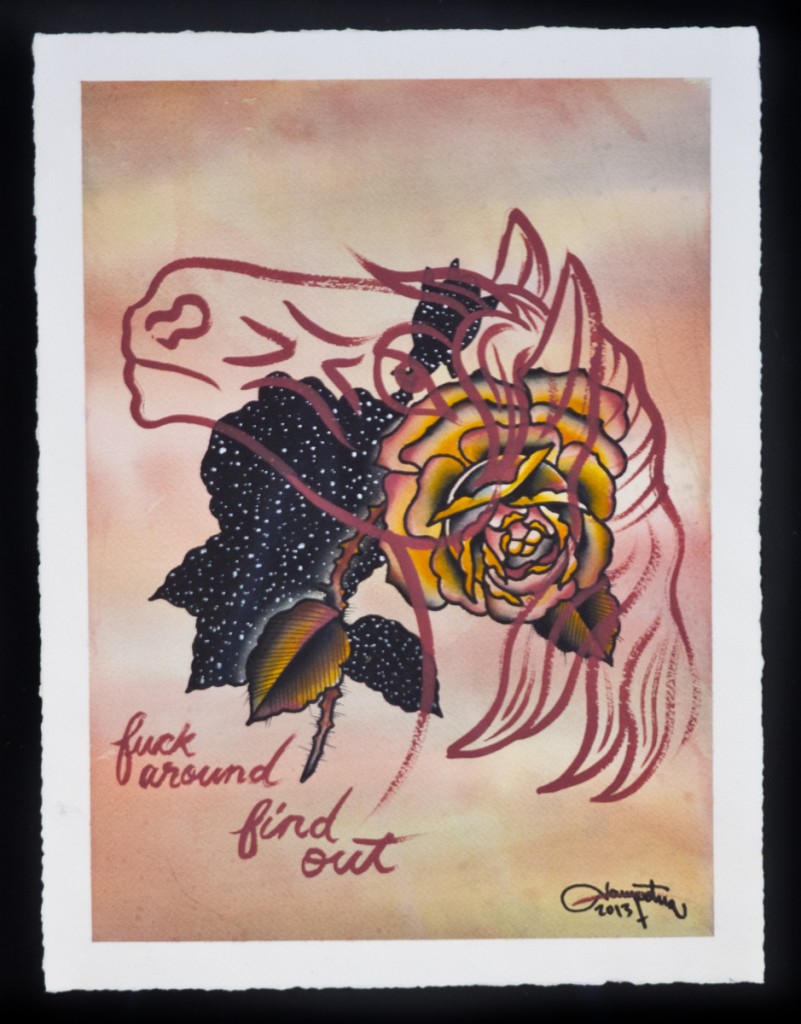 CULT: When you’re not working at American Electric Tattoo Co, where can we find you?

JV: When I’m not tattooing at American Electric Tattoo Co I can be found painting in my Silver Lake studio, traveling as much as possible, hiking Griffith Park, attending art shows, and going on dinner dates with my girlfriend or friends. I also drink WAY too much coffee here in East Hollywood.

CULT: This is your first solo show – can we expect to see more exhibitions and special projects from you?

JV: Ghost Noir at Slow Culture Gallery is my first solo art show, although I have been lucky enough to participate in dozens of group shows amongst some of the artists that I admire the most. I’m currently working on some new pieces for upcoming group shows, and have just started sketching some new ideas for a second solo show to be held later this year. I’m also guest spotting at some pretty awesome tattoo shops next year, as well as showing in a handful of great group shows. I have a lot to look forward to! 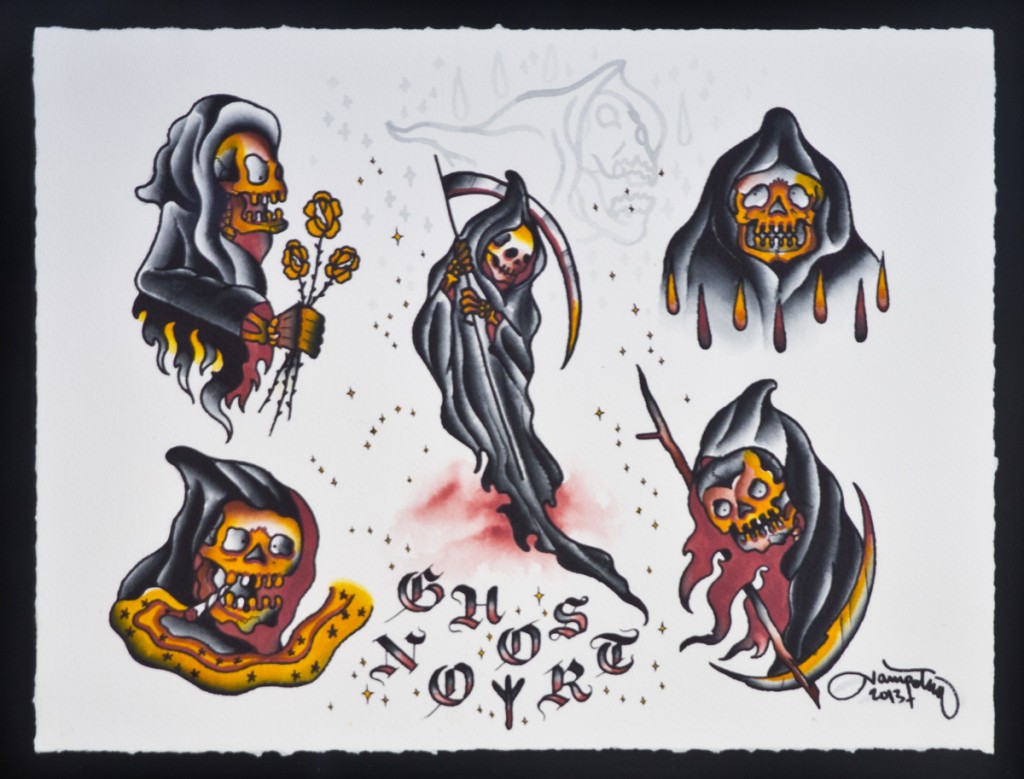 CULT: How has social media changed the way you do business?

JV: Social media simply allows me to share my newest work and ideas instantly with the rest of the world. I’ve been able to gain so many friends and clients through the use of Instagram, Facebook, Twitter & my website. I know a lot of very talented people that hate using these tools, and sometimes I have to admit it gets on my nerves, but the pros outweigh the cons. 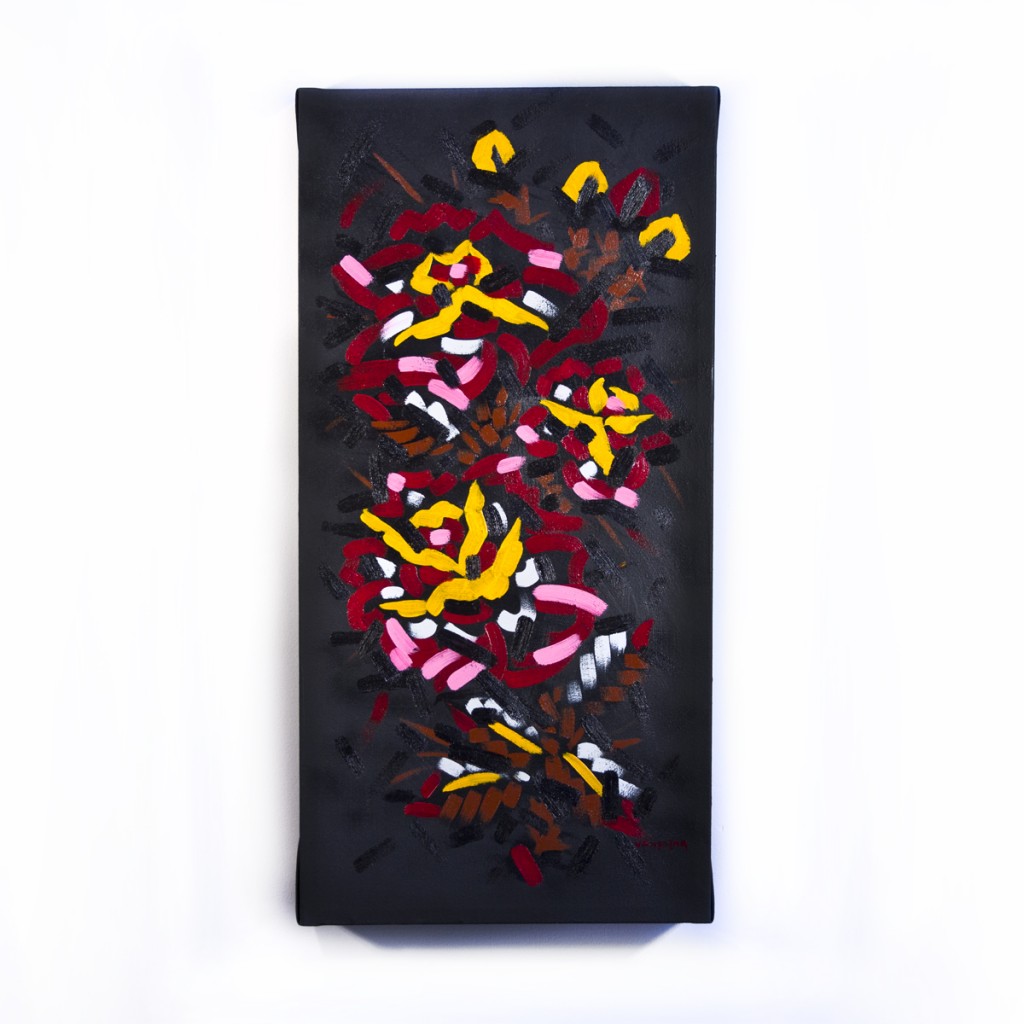 CULT: What artists both in the tattoo and graffiti worlds, and outside of it, inspire you? 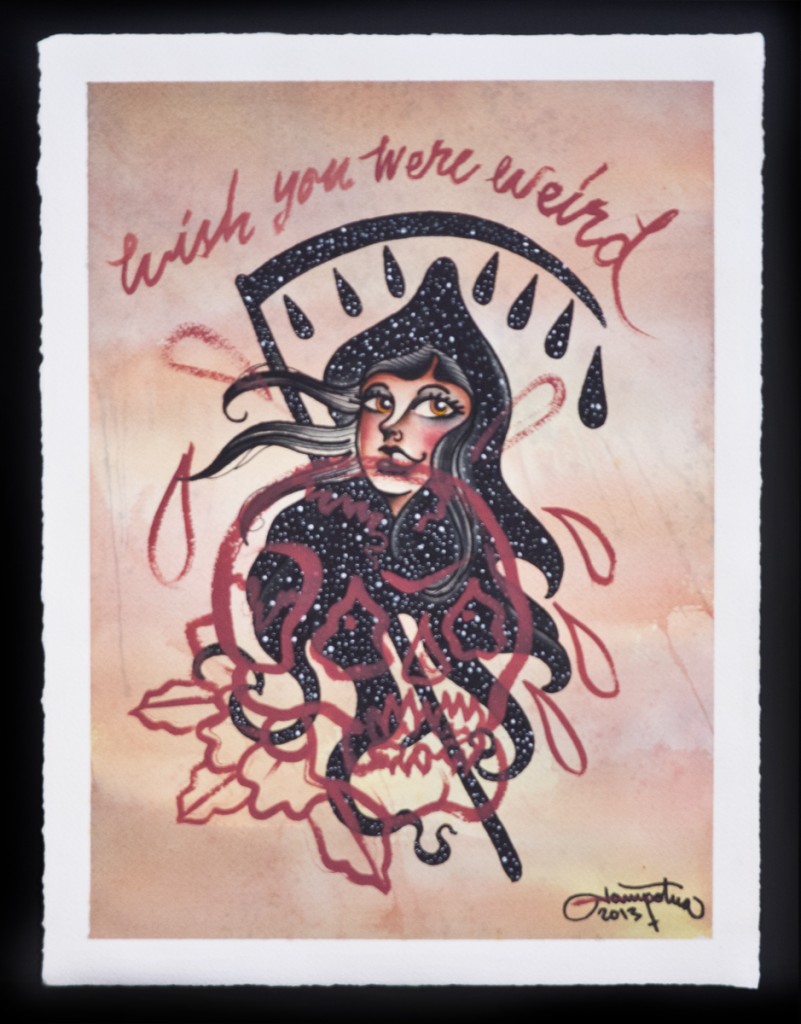 JV: Keep your head down, work more than & harder than my heroes.

Beverly Hills, CA – The moment guests step inside TOMOKO Spa, they are transported off the streets of its Beverly Hills location to a tranquil Japanese…