Colombia is an alluring destination – a place of mystery – largely untouched by tourists. With its diversified landscapes compressed into a small geographic body, Colombia has a reputation for beauty, but to experience the entire country in one trip would take weeks at a sprint. For an initial venture into Colombia, it’s no surprise that many choose to begin in Cartagena and the Caribbean coast.

Cartagena is an old port city established by the Spanish to export precious metals from South America back to Spain. It’s a beautiful city filled with bright colors that, in many ways, looks like something out of fairytale. While Cartagena is a beautiful destination to linger and explore in itself, it’s also the perfect jumping off point to explore the real heart of Colombia, the jungle and coast of Tayrona National Park.

It’s a six hour drive due west along the Caribbean Coast from Cartagena to Tayrona National Park. There’s certainly no fanfare announcing your arrival. The journey there boasts one roadside restaurant, a bus stop, and a small souvenir shop. The entrance to the park almost goes unnoticed, if it wasn’t the sole reason for being there.

There’s a small sign, almost hidden, set back about 25 feet from the main road announcing that you’ve arrived at the park. Once you pass the sign, it becomes clear that this is indeed the entrance. To enter the park, you’re asked to provide your passport and pay the entrance fee before taking a van fifteen minutes into the jungle, where the real beauty begins. It’s the trailhead. The true magic of Tayrona lies just at the end of this trail. 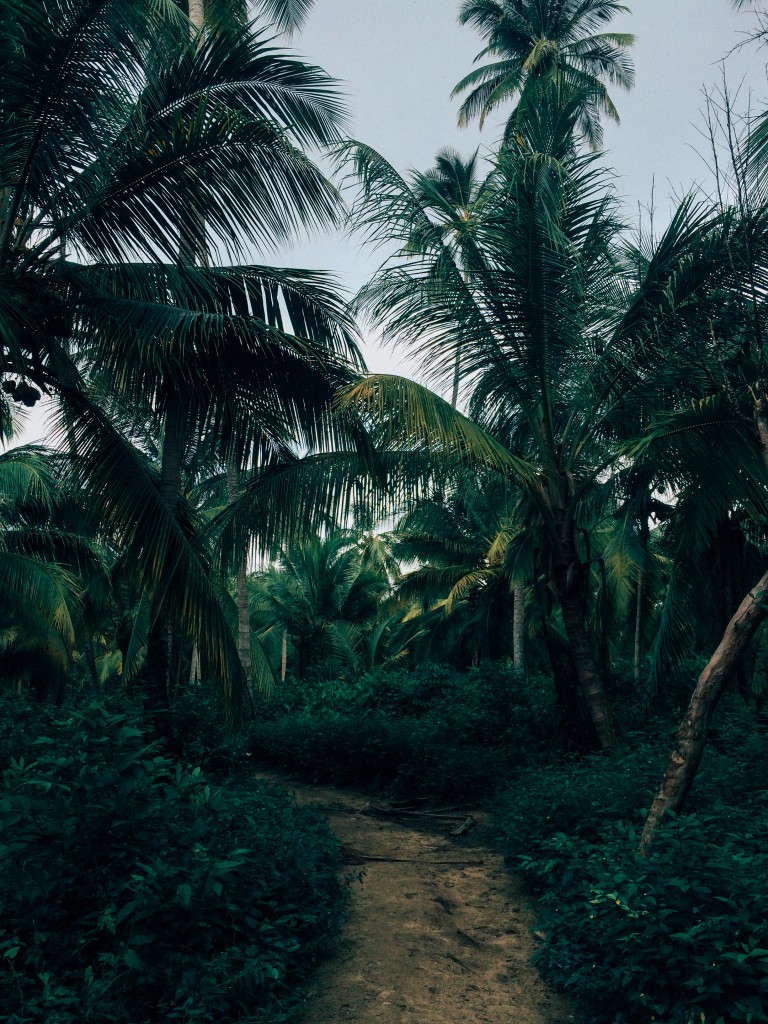 It will take about an hour and a half from when you start hiking to get to your destination. The trail is extraordinarily dynamic, with a range of scenery that must be seen to be believed. Ascending and descending through the lush jungle, twisting around boulders and massive rock piles, until the trail then nears the coast. It becomes almost barren, with just sea air and the sound of waves crashing on large rock fields that are mostly free of vegetation. The last remaining stretch, and the largest portion of trail is gains no elevation, but weaves across small streams and through fields of gigantic palm trees bordered by prehistoric sized ferns. 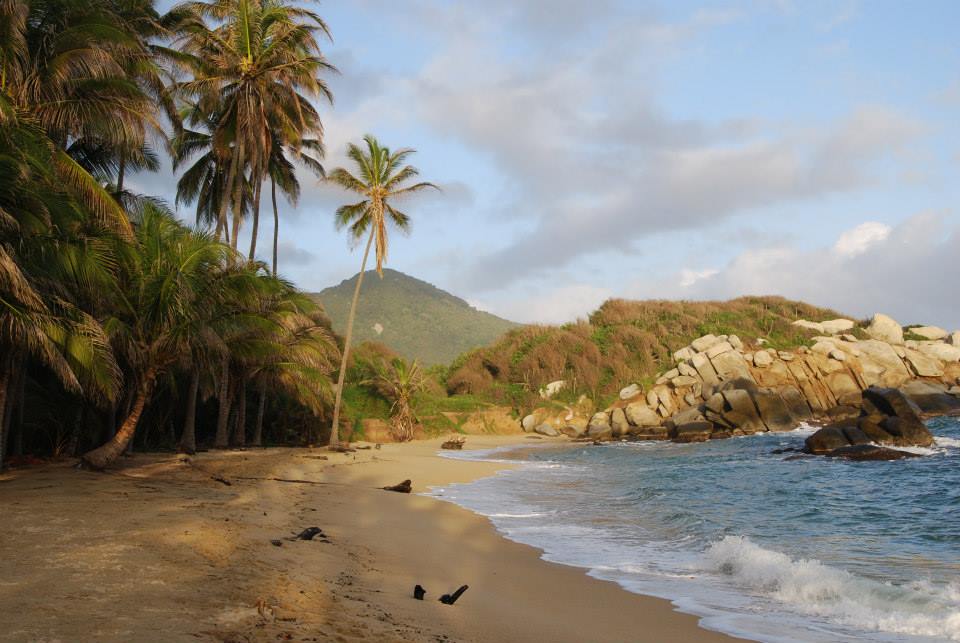 At the end of this trail, everything seems to just open up. There’s a wide grassy field to one side, a magical cove to the other. The cove upon closer exploring, is actually more like two coves, split by a small hill with a pavilion on top, creating the most picturesque view. The sand is soft and warm, and the ocean is the truest shade of blue. Large waves crash softly on the shore. Although the waves roll in like clockwork, time ceases to exist and the days linger on. 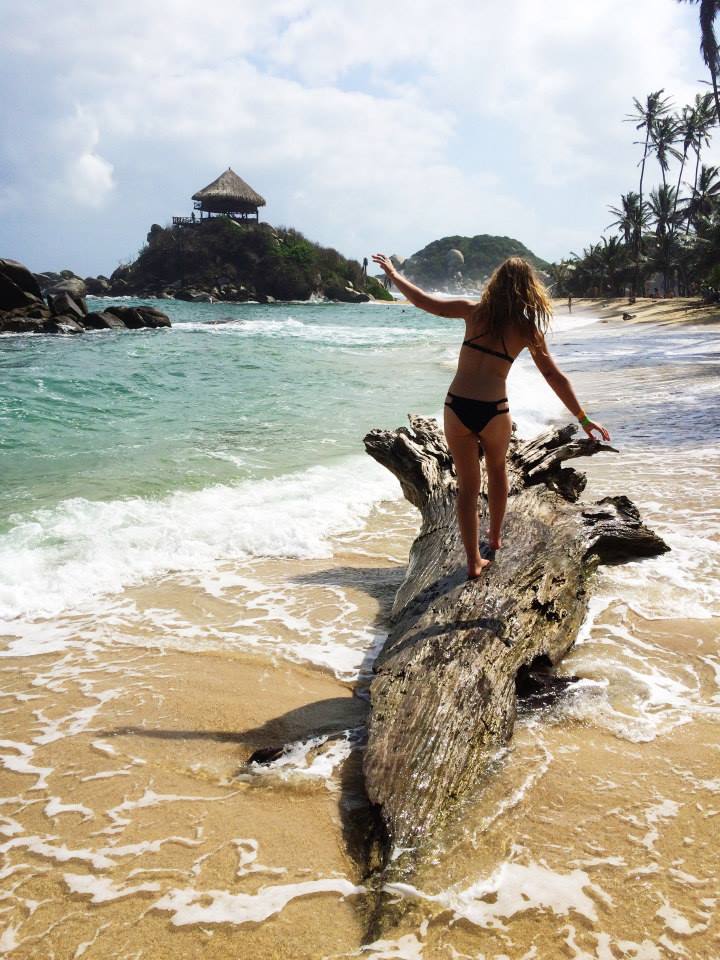 After spending the day lounging in the shade of palm trees, swimming in the water, and climbing on the coastal rocks, the sun begins to set. The only option for dinner is a small open air pavilion, which features traditional Colombian cuisine – local fish, rice, beans and juices made of local tropical fruits. Nothing is particularly glamorous, but it’s simplicity and it is extraordinary. Into the evening, the pavilion becomes the only source of light. Travelers from all over the world linger for hours playing cards, drinking Sol (the local beer), chatting, and trading stories of adventures. 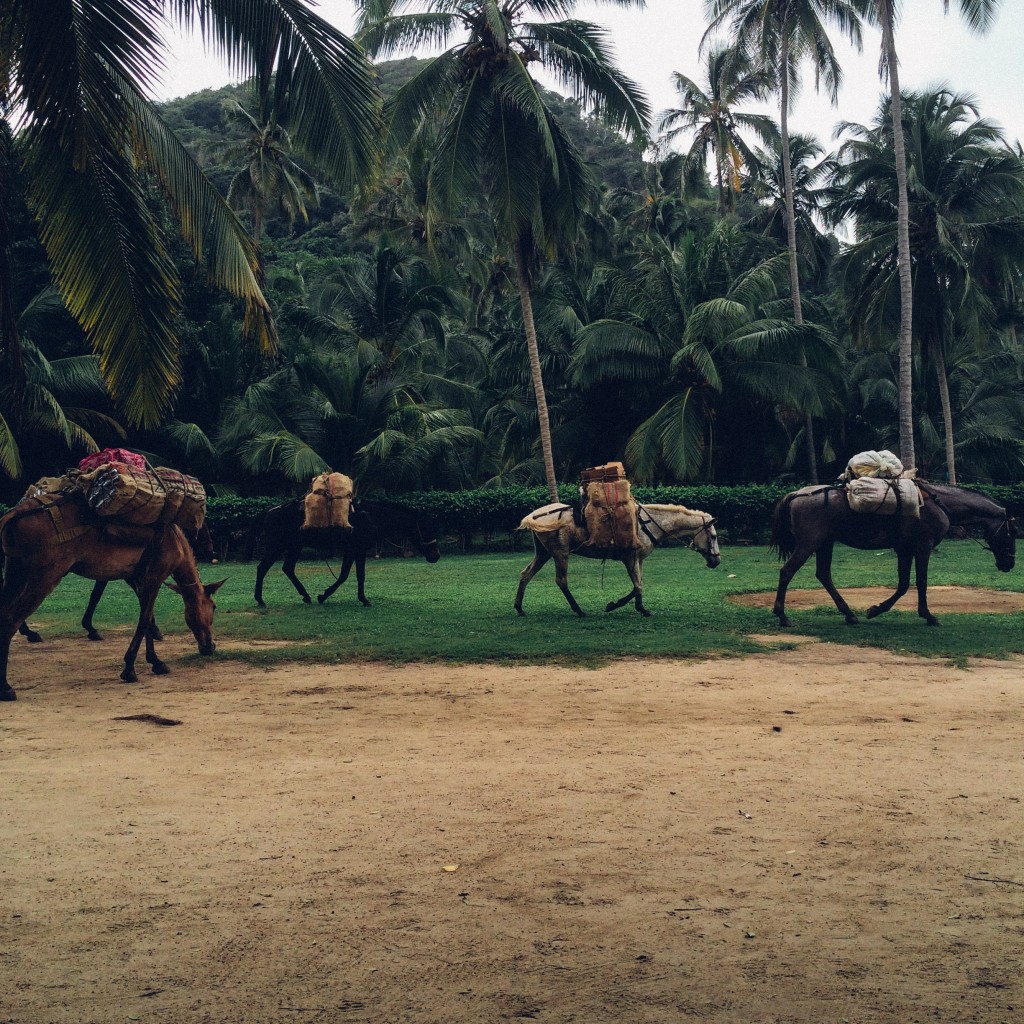 At 10 pm, the generator is cut, the lights go out, and a silence so powerful swallows the shore. It’s in this natural silence that it becomes apparent how truly remote Tayrona is. The stars shine so brightly, free from light pollution, indicating that it is time to retire for the night to a hammock. Gently sway in the breeze, listen to the sound of the rolling Caribbean sea, dream of tomorrow and another day in idyllic Colombian paradise. 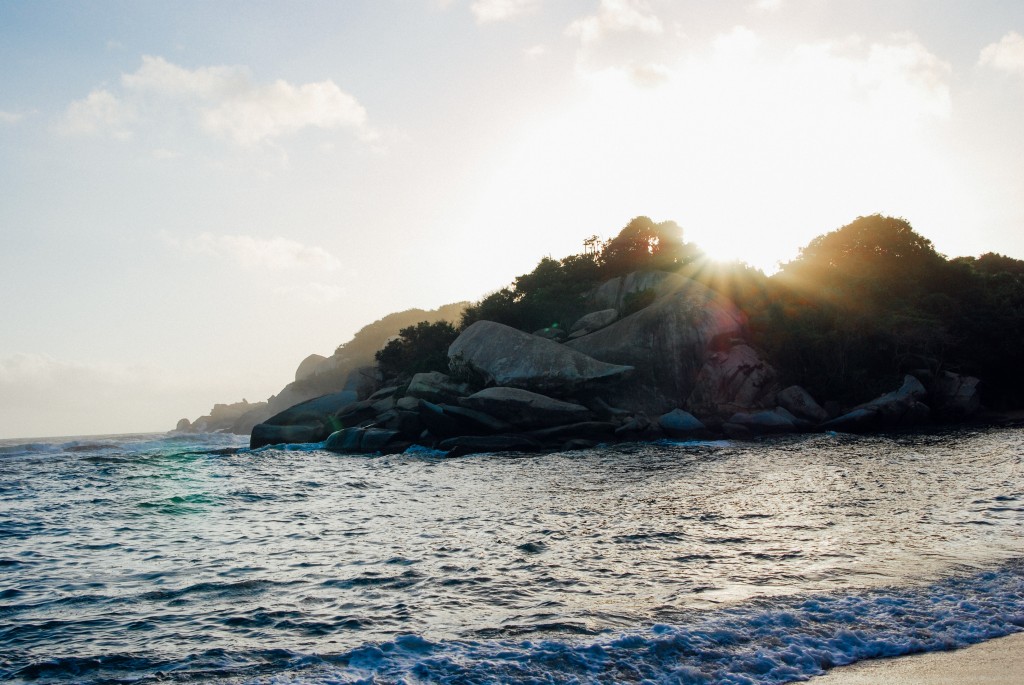 The best things for me have always happened between the months of June and August. Even as I get older, summer holds a certain…