Cult Obsessed: Magdalena Wosinska
(Who we’re obsessed with and why you should be too.)

The photography of Magdalena Wosinska epitomizes the free spirit inside all of us – the wanderers, the rebellious, the young, the travelled and the restless. As we chat in her kitchen, she cooks breakfast and snaps an Instagram with her iPhone, sporting a rad Pink Floyd case. We joke about the evolution of film photography to Instagram – her only personal connection to social media. She portrays a confident demeanor; eloquent and valiant, and she radiates a passionate energy. No wonder her work is so good – it’s sincere. 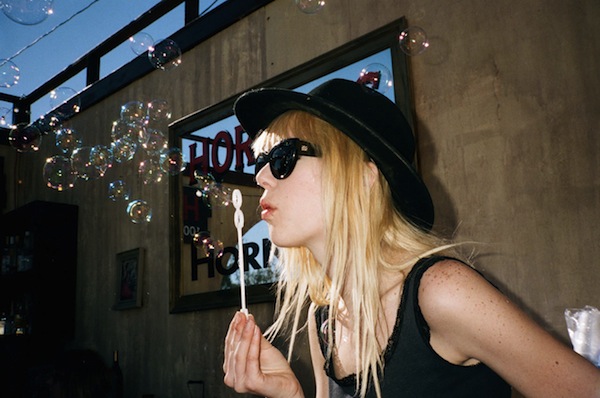 Inspired by travel, music and friends, her photos capture raw moments of, well, her daily life: bikes, boys, bands, boobs and adventures. Whether she’s on tour with her metal band (she plays guitar), or having dinner parties at her house or adventuring around the desert with friends, her photos document the excitement and adventure of the present. Her shoots are rarely staged or preconceived – “then it’s disappointing when you can’t execute it the way you dream about it,” Magda explains.

“I’m very impulsive. Most of the time I get to a place and I have to execute a vision right then and there. It’s more genuine that way because it’s actually happening, I’m not setting anything up. Commercial photographers fake a real moment and I say, why not just have a real moment?” 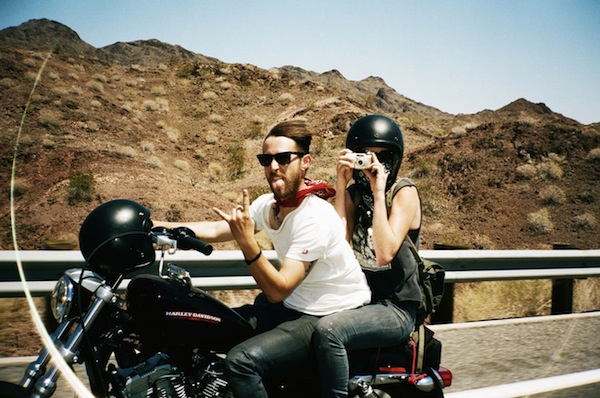 Magda grew up in Poland in the 90s before moving to Arizona. She learned how to speak English with the help of American TV, watching Aladdin and The Smurfs. Yet kids still teased her because she didn’t know enough English to talk back to them. She describes everything in her life since the moment she moved to the US as ‘a little rebellious.’ “You move to a completely different culture, you’re culture shocked. You feel like an outcast so what do you do the rest of your life? You naturally outcast yourself,” she recalls. She accepted that she was born to be an outcast, and began to skateboard and play guitar. Her first photos were sequence skate shots taken with a Nikon F5. She even lied about her age to get a job at the Original Cookie Company at the mall just to pay for the film, admitting that she gave away all the leftover cookies for free at the end of the night so she didn’t have to throw them out. (Another reason why we love her.) 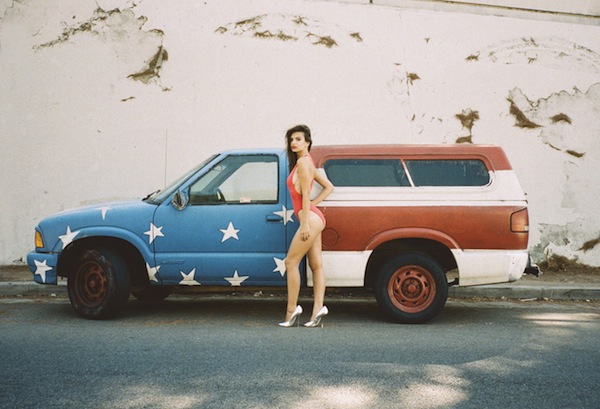 A lot has changed since then. Now, clients approach Magda because of her lifestyle. “When I first moved to LA, I didn’t know what I liked or what to stick to, and a few good people told me to just stick to what I like. And I did. And it took a long time to be taken seriously, but I kept at it.” She has since shot ad campaigns for Current/Elliot, Mr. Porter, J Brand, Converse and more. Brands appreciate her adventurous lifestyle and want to emulate that in their campaigns. One upcoming shoot for Converse is based off an 80’s New York punk scene – “It looks like me and my friends hanging out, wearing leather jackets and playing in bands, it’s the same vibe” says Magda. 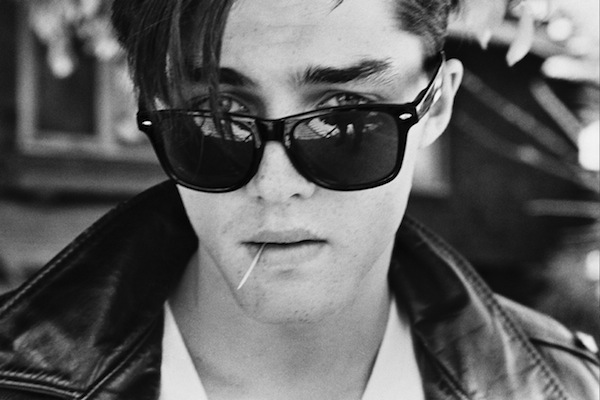 Although her own band with good friend and pro skateboarder Ethan Fowler is currently on hold, it helped define her aesthetic and was a way to take pictures and get into a scene of people that would trust her. “It’s a little clicky – [bands] have to almost approve of you to let you backstage and to shoot photos. I mean Anne Leibovitz got away with it, but I mean that was the 70s. And she’s Anne Leibovitz. You know what I mean.” 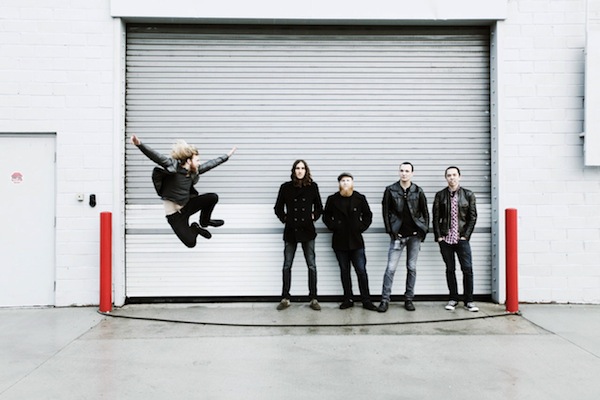 Magda’s spirit and energy is contagious, and her work shows its sincerity. She doesn’t find inspiration in other photographers, and doesn’t pull references when she shoots. “I’m more inspired by how photographers approach situations vs the pictures they take.” Her photos aren’t based off real moments – they are real moments.

“I’m literally taking in and breathing in whats all around me and making it my own. My inspiration isn’t ‘Oh, what’s going on today?’ It’s ‘Oh, that’s happening! I’m going to document it!’”

What she noticed from a lot of photographers while she was assisting was that they were so busy shooting for jobs and clients that they didn’t shoot for fun anymore. They didn’t document their lives anymore; they weren’t carrying a camera around.

She even has a point and shoot in her trunk with film at all times. 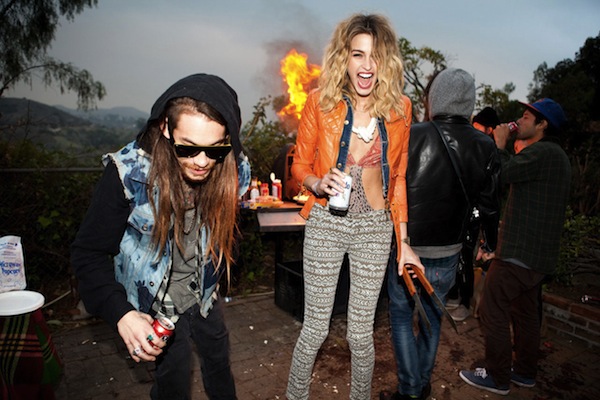 Magda’s work epitomizes the carefree soul that many of us will spend our lives looking for. She has been to every continent, documenting adventures from Sweden to Iceland, to Morocco to Germany, and back home to Joshua Tree and Los Angeles. Seeing new places, seeing and meeting new people, that’s what matters because they become another story in her life to tell.

“It’s called American Express. Get a card. Get in debt. Live your life in your 20s. It will pay off. Work your ass off to pay it off. But just fucking go.”

We could all use a little bit of Magdalena spirit in our lives. Check out some of her photos below. 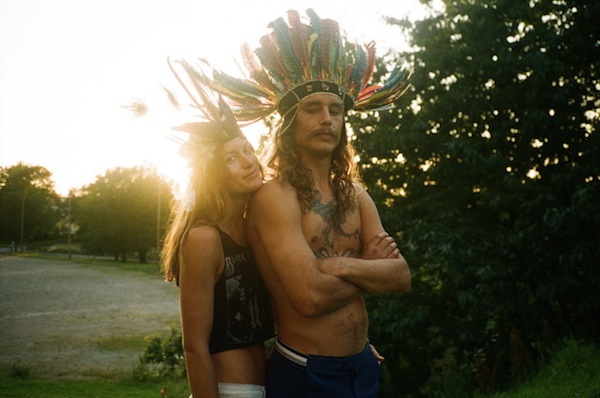 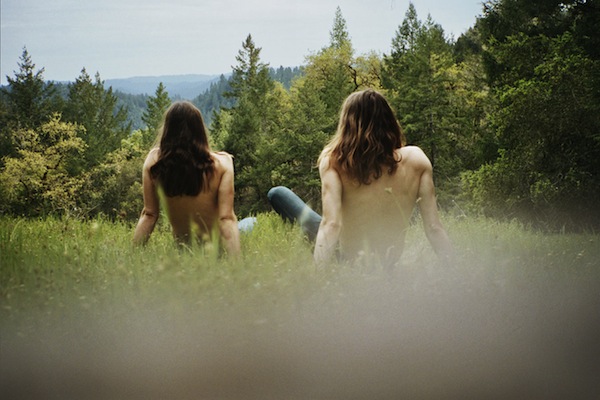 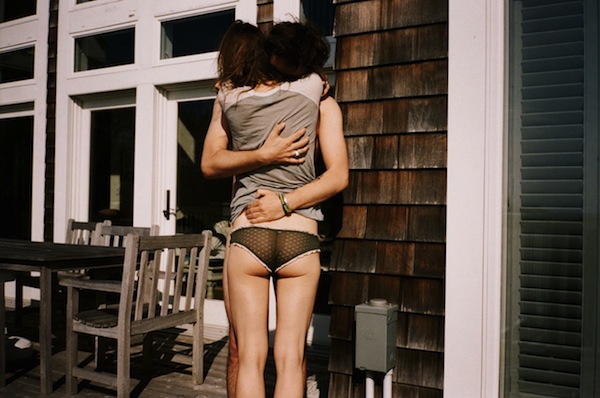 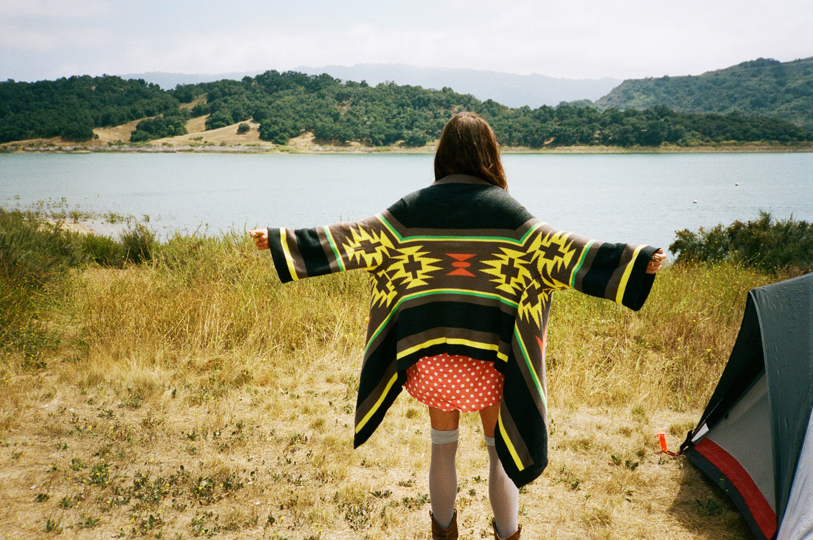 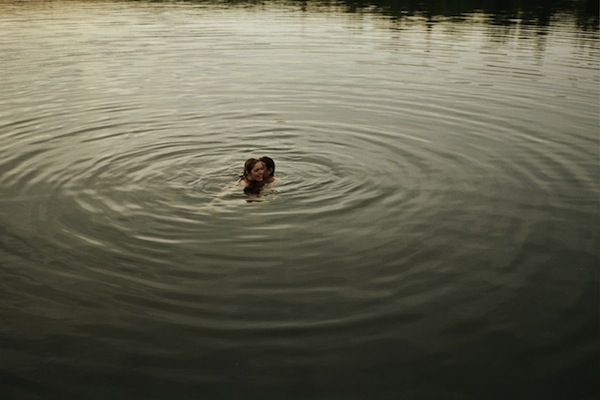 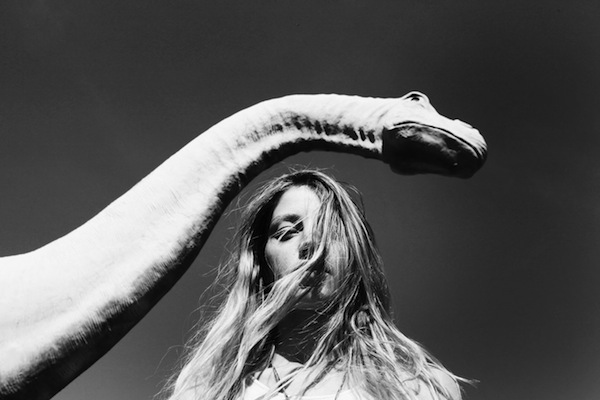 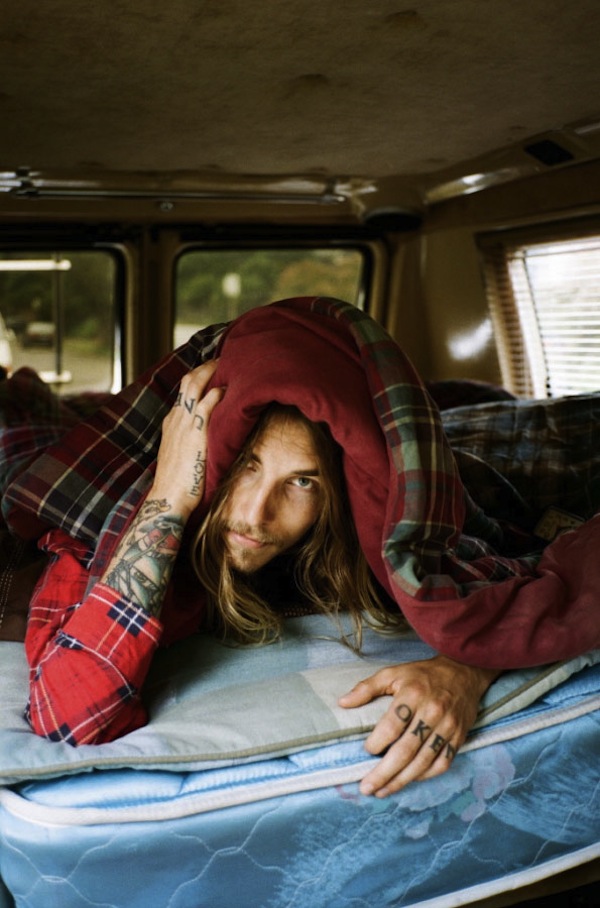 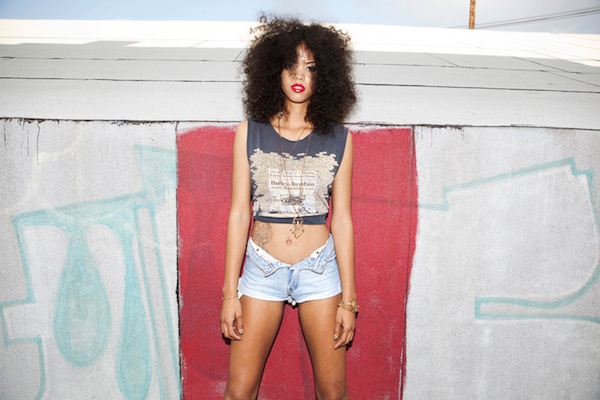 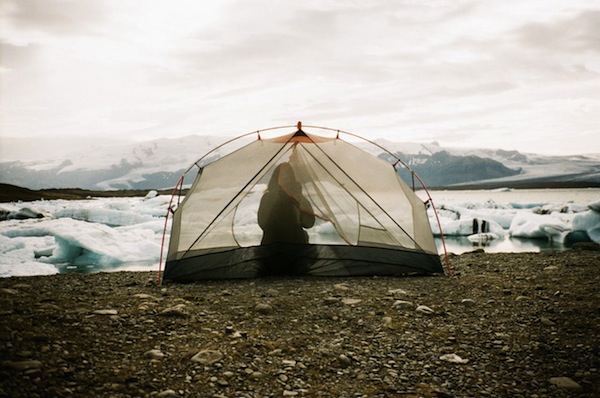 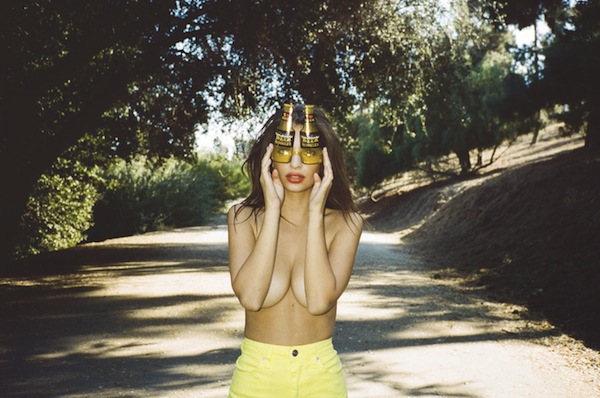 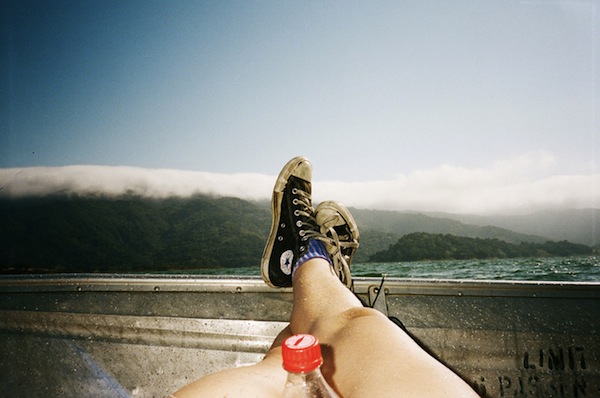 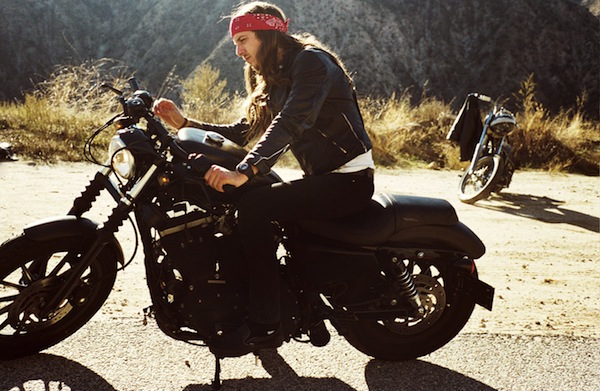 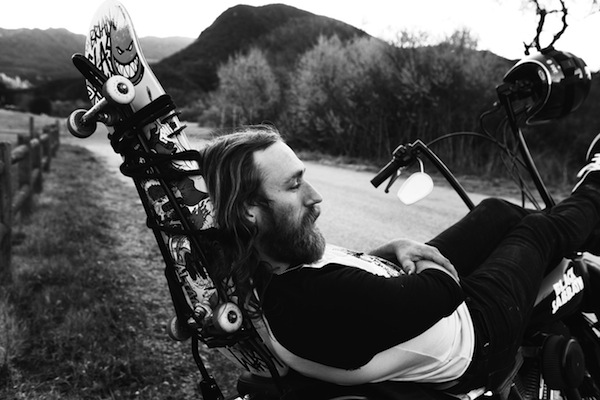 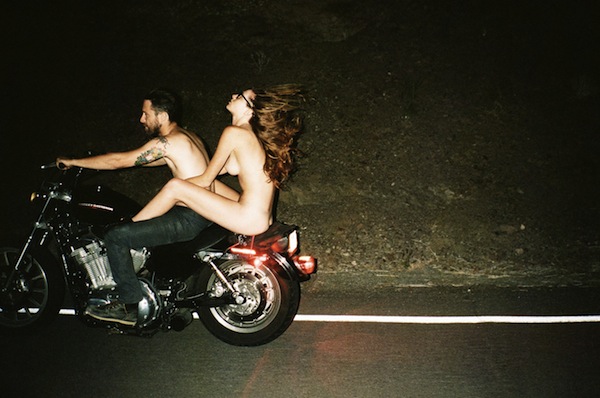 Even though it’s been summer in LA since, well, always, the sweetest season of them all has finally swept the rest of the country…