Cult Obsessed: Jared Thomas, Photographer
(Who we’re obsessed with and why you should be too.)

From the looks of photographer Jared Thomas‘s portraits, you’d think he’s been working in Hollywood forever. In fact a recent LA transplant, Jared’s photos so well embody the LA spirit that his work has been featured in numerous publications including Cake Magazine and Unleash’d. Having shot the likes of models Alysha Nett and Hanna Beth, we anticipate big things are in store for this ex-Dominos pizza employee. Scope through the photos below and read our rad interview with Jared as he tells us about his sources of inspiration, best memories from set, and his perfect day (read: babes and whiskey). 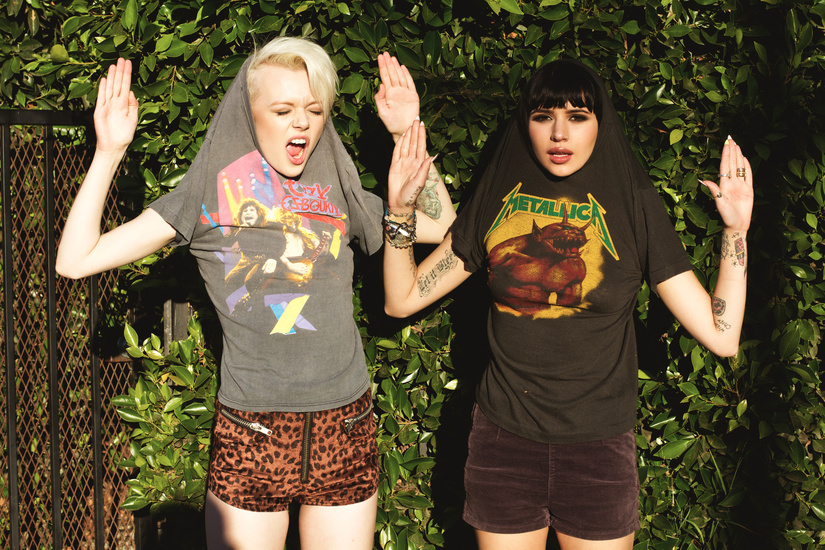 Jared: To tell you the truth this isn’t something I have really thought about much. But I think the thing I love most about being a photographer is working with different people and collectively making something that didn’t exist before and then seeing how people respond to it. Its always exciting to see what the response and final product of a photo shoot is. 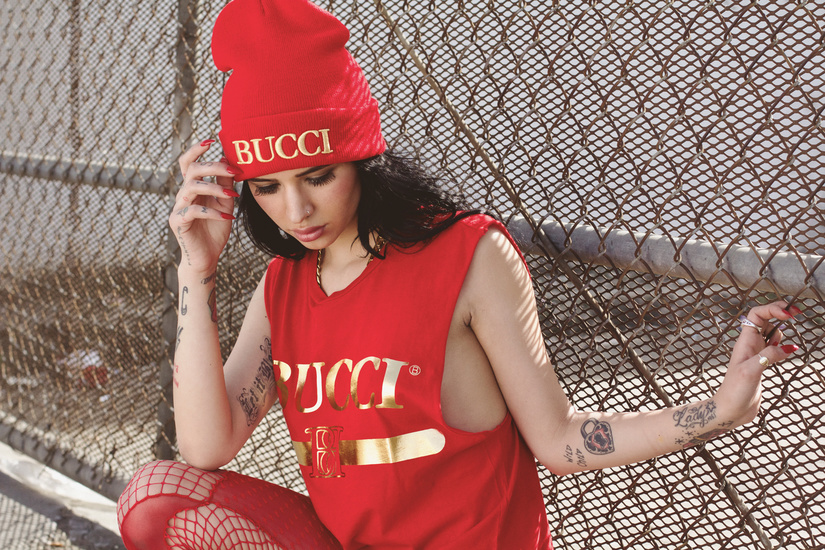 CULT: A lot of your work reflects the LA attitude – where do you go to be inspired in and around L.A.?

Jared: I have only lived in LA for about a year and a half now so I feel like I am constantly learning more about Los Angeles and the people who live here. So I feel like I find inspiration literally everywhere, from when I am just walking to the liquor store down the street from where I live or when I am driving around downtown by the studio, or biking on Hollywood Blvd. There are so many different kinds of people and different attitudes and I feel like every person I have a conversation with inspires me and what I am trying to depict with my photos. 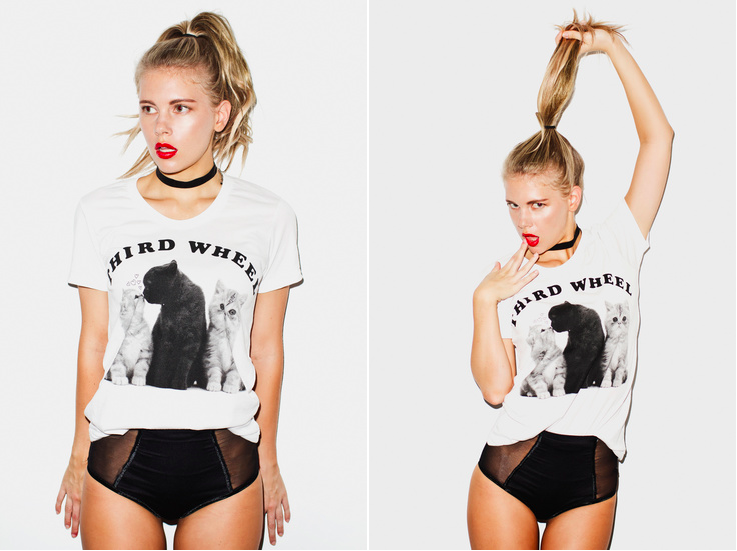 CULT: Your ideal day would include…

Jared: Getting paid and getting laid… and taking photos and stuff. That is a surprisingly hard question for me to answer. Haha. But it would probably involve taking photos of someone like Kate Moss, Justin Timberlake, Brad Pitt or Scarlett Johansson and then drinking whiskey with my friends. Its kinda sad that my ideal day would include working. Haha. 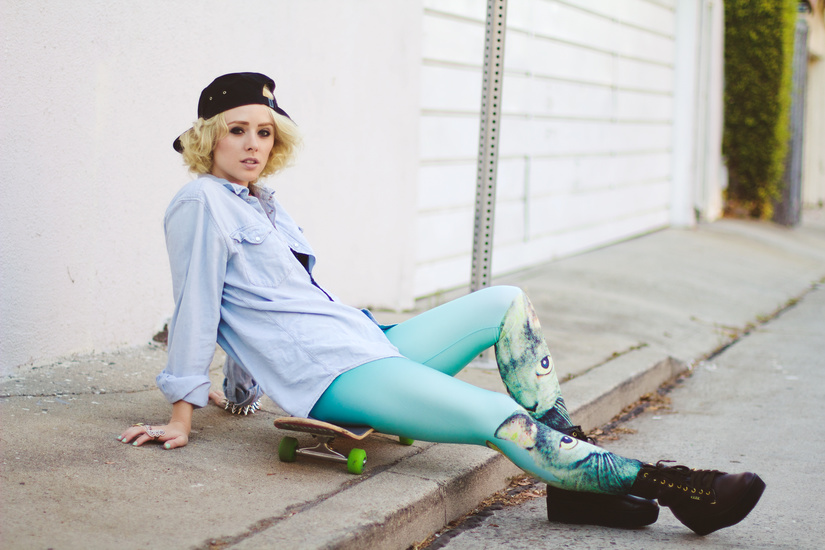 CULT: What other artists outside of your medium inspire you?

Jared: I find a lot of inspiration in music. I used to play music for a living before I ever picked up a camera so there are a lot of artists that have inspired my work. Some of the first that come to mind are bands like The 1975, Icona Pop, The Neighbourhood, Sleigh Bells, The Chain Gang of 1974, Grimes, Chvrches and Lorde. As I am typing this list I feel like I am making a list of the most buzz list artists, but I really do love all of them. I also  find a lot of inspiration in movies and music videos, but I am not very good a committing directors names to memory. 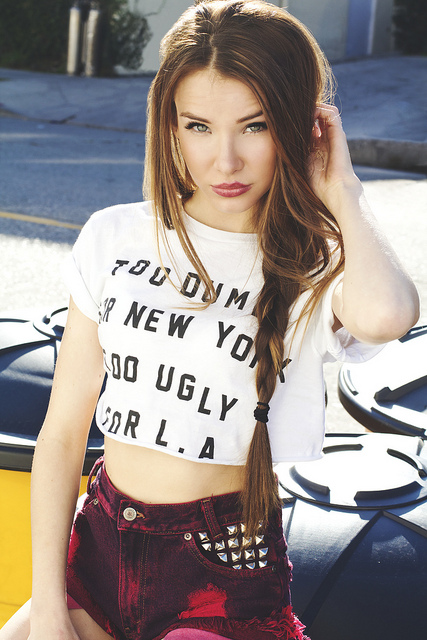 CULT: Your work has been included in numerous publications – what does it feel like to see your work published?

Jared: It’s  kind of a surreal experience for me. I never in my wildest dreams ever thought that I would be getting things published and printed. I still feel like I am just getting started with photography; I haven’t even owned a camera for 3 years yet. The fact that people enjoy looking at my photos blows my mind. Even the fact that you are interested in my work enough to ask me questions is kind of a crazy thing to me. 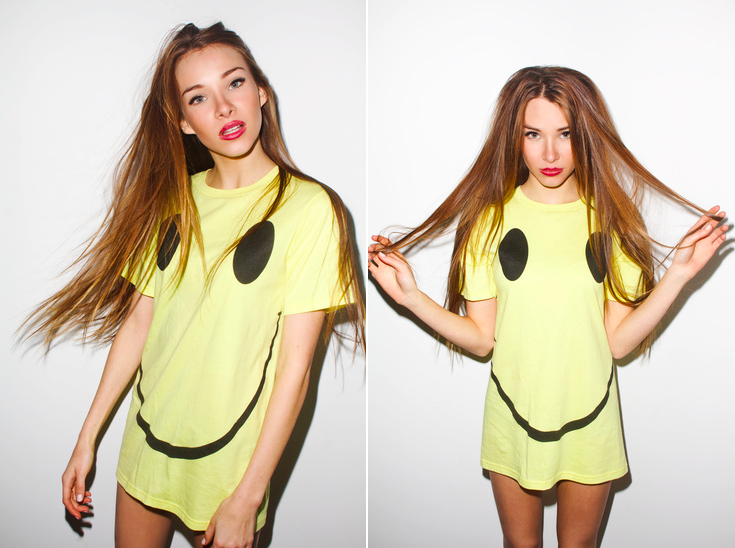 CULT: Any of your photos have funny stories or good memories attached to them? 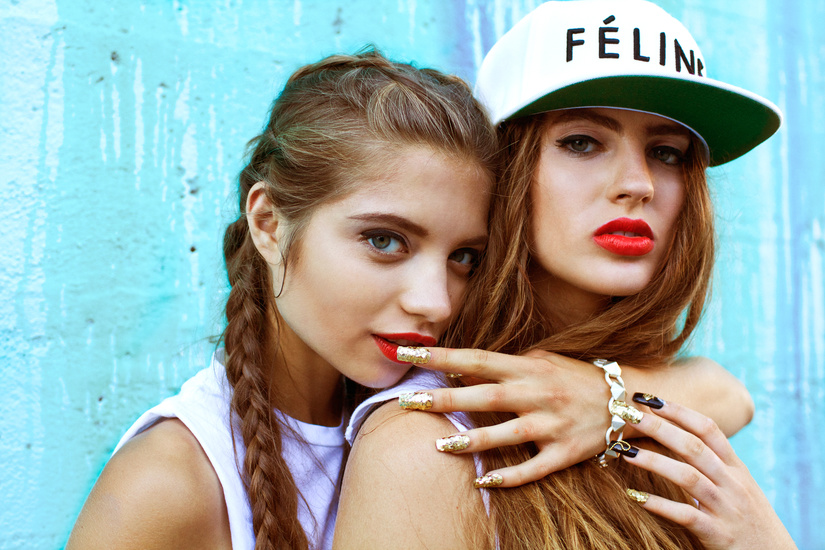 Jared: This photo shoot I will probably always remember because it was the largest teams I had ever worked with and one of the most stressful shoots I have done. We had a 9 person team and it was a million degrees in the middle of summer. It was a feature for Unleash’d magazine and was featuring Hanna Bogdan who is one of my favorite models and Izzy Spain who had literally been booked the night before. It was a wild shoot – we had everything from Izzy being dropped off on skid row and having to have someone go pick her up, to Hanna eating shit on a razor scooter and getting right back up to finish the shoot like a champion, to almost running out of daylight before we finished all our looks. But this shoot will always have good memories connected to it because I feel like it was a turning point in my photo career where I felt like I had a vision in my head and I was actually able to capture it with my camera even with all the ups and downs. And I also feel like this was one of the first shoots that I did that really got a lot of peoples attention in LA. 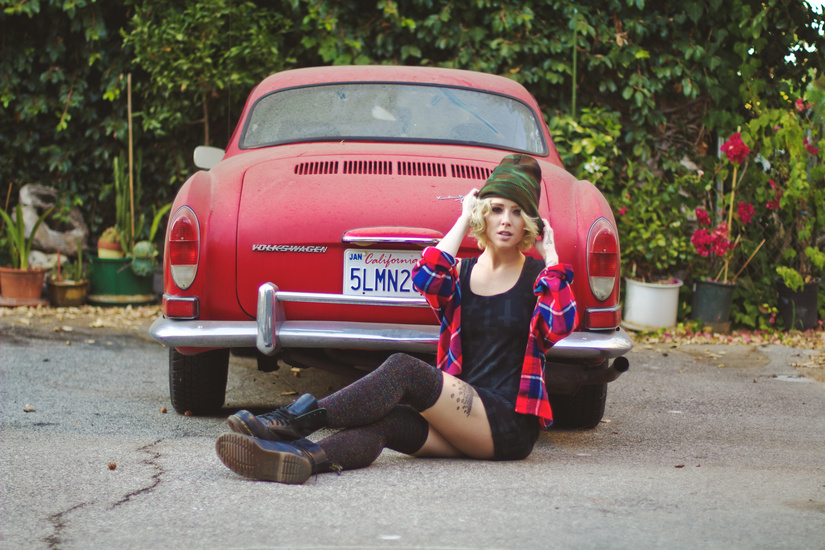 CULT: What would you be doing if you weren’t a photographer?

Jared: Probably still living in Minneapolis drinking too much and overall being a basic piece of shit. Haha. But in all honesty I would probably be doing whatever I decided to set my mind to. I have always had the mentality that you can make whatever you want to happen, sometimes it just takes time. So who knows what I would be doing – I am sure I would be creating some kind of art. 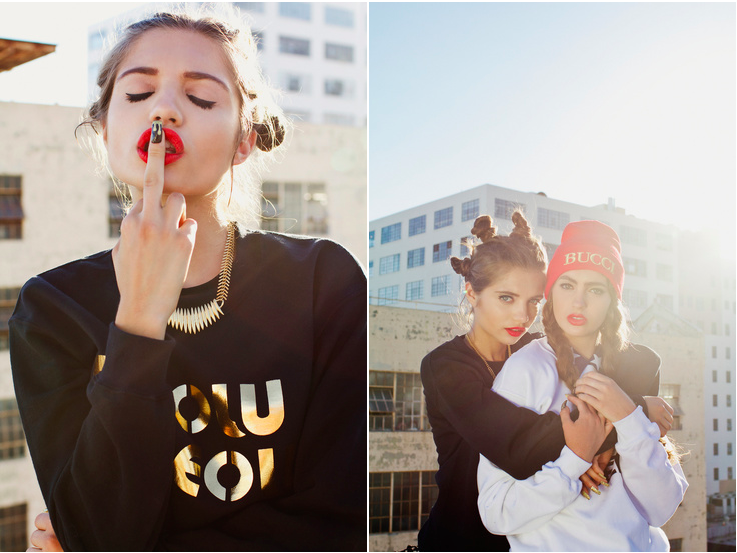 CULT: Tell us about your subjects – how does your process differ from when you’re shooting friends, models or celebrities?

Jared: I think one of the things that has really set me apart from other photographers and has helped me stand out is that fact that my process is basically the same for just about every shoot I do. I try my best to treat every model/friend/celebrity with respect and gratitude and do my best to treat them like I would a friend. My goal when I am taking photos is to capture that person as themselves. Not as a mannequin holding clothes or a product or a character that they play on tv or in the movies but I am trying to capture an elevated version of that person, a slightly better dressed version of themselves. And that is something that I really try my best to do for every shoot I do. 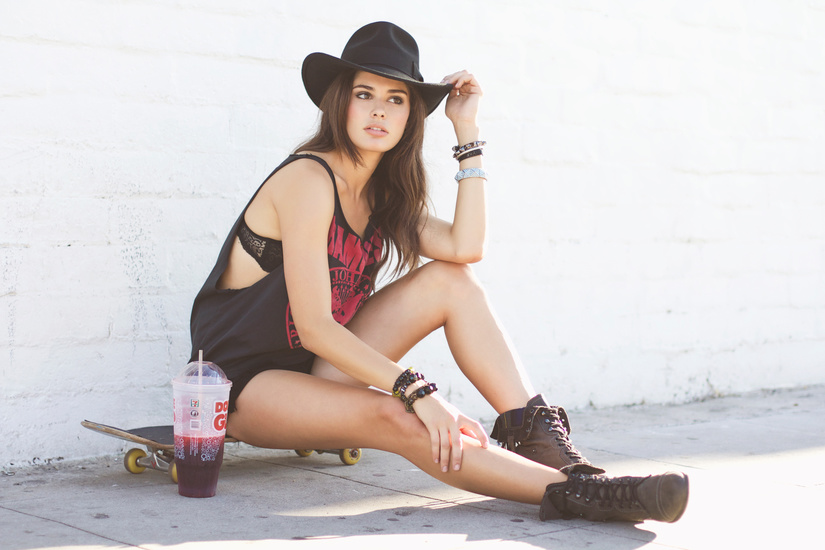 CULT: Three things that few people know about you…

Jared: I am adopted and have two very amazing beautiful white parents, the first job I had in LA was at dominos pizza, and I use the words “shit” and “fuck” in place of most nouns when I speak.

CULT: What is your advice to aspiring photographers?

Jared: The best advice I can give is to practice and review as much as you can. If you want to be the best photographer you can be, you need to shoot as much as you can and try to learn as much as you can from every shoot. And not just on the technical bullshit side of photos but also on the business end of things and the creative side of things. Make art you like to look at and enjoy but also make sure it has a place and a purpose in the grand scheme of what you are trying to achieve by taking photos. Oh and also treat everyone you work with and photograph with respect. Fuck that power trip photographer bullshit its not the 1980’s anymore. So don’t be one of those dipshits. 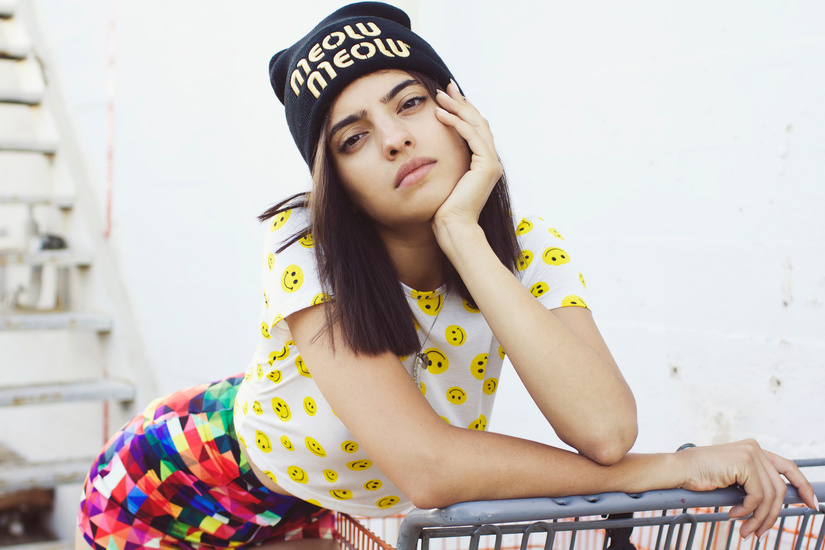 In an era that seems to be defined by social networks and relationships, there’s a new generation of travelers who are seeking a different…